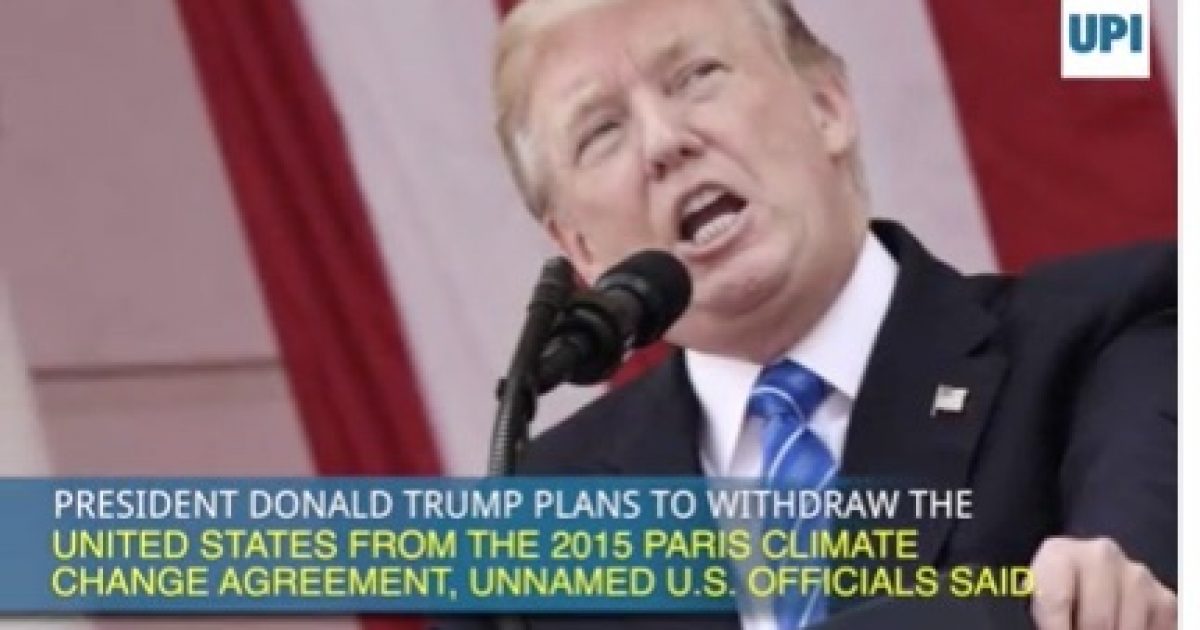 The Paris agreement was a key part of former President Obama’s legacy but it conflicts with Trump’s pro-fossil fuel energy policy.

President Trump has made his decision to withdraw from the Paris climate accord, according to two sources with direct knowledge of the decision. Details on how the withdrawal will be executed are being worked out by a small team including EPA Administrator Scott Pruitt. They’re deciding on whether to initiate a full, formal withdrawal — which could take 3 years — or exit the underlying United Nations climate change treaty, which would be faster but more extreme.

By leaving the Paris agreement, Trump is keeping his campaign promise and showing he’s keeping true to his America first agenda.