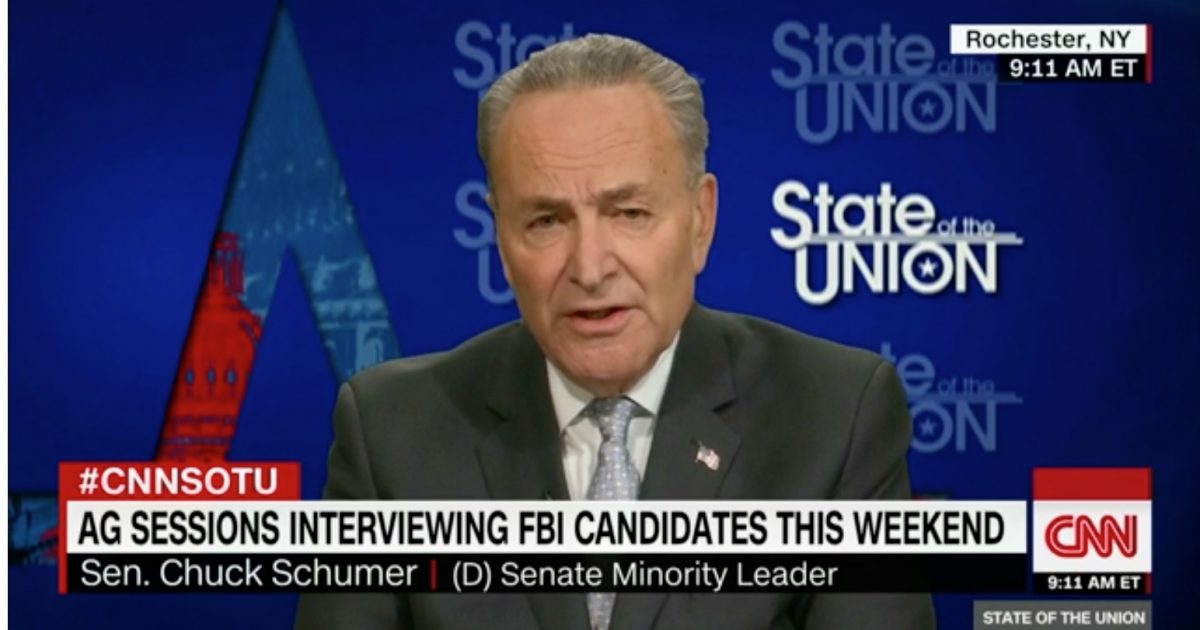 During an interview on CNN, Senate Minority Leader Chuck Schumer (D-NY) threatened to withhold Democrat votes until the Trump administration announces it is going to have a special counsel look into connections between the former Trump campaign members and Russia.

Senate Minority Leader Chuck Schumer said Sunday that the Senate should refuse to confirm a new FBI director until the Department of Justice appoints a special counsel to lead a probe into allegations of collusion between the Trump campaign and Russia.

“I think there are a lot of Democrats who feel that way,” Schumer said on CNN’s “State of the Union.” “We’ll have to discuss it as a caucus, but I would support that move

Schumer’s threat is music to the ears of terrorist organizations that are plotting to attack America.

With numerous national security threats, the U.S. needs a strong and motivated FBI directed by a real leader.

Democrats are clearly willing to put their political agenda before the interests of Americans.