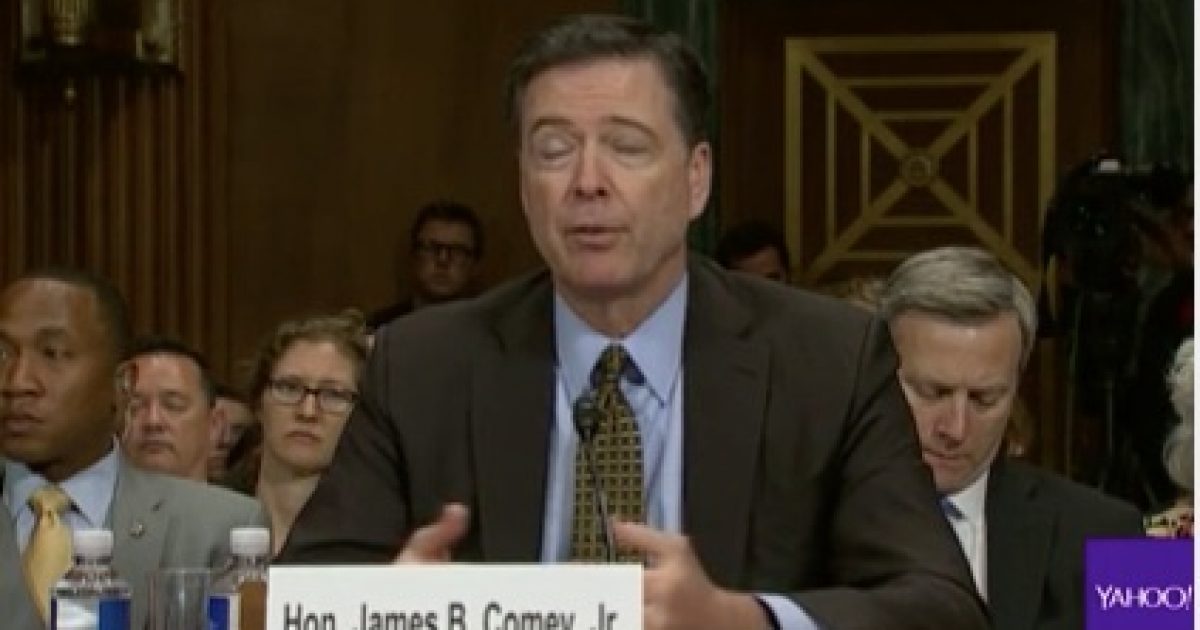 During a Senate hearing this week, FBI Director James Comey said that classified Hillary Clinton emails were sent to Anthony Weiner by his wife Huma Abedin.

Abedin, Clinton’s assistant, forwarded State Department emails to Weiner so he could print them for her.

“Somehow, her emails were being forwarded to Anthony Weiner, including classified information by her assistant, Huma Abedin,” he said.

In separate exchange with Sen. John Kennedy of Louisiana, Comey said Abedin appeared to have had a regular practice of forwarding emails to Weiner for him “to print out for her so she could then deliver them to the secretary of state.”

But there was no indication that Abedin “had a sense that what she was doing was in violation of the law” Comey added, and investigators couldn’t prove any sort of criminal intent.

This revelation is stunning.

Comey is acknowledging that classified State Department emails were sent through an unsecured system to an individual that did not have security clearance.

Yet, despite the evidence, no one is being charged with a crime because the FBI, “…couldn’t prove any sort of criminal intent.”

Apparently for high-level Democrats, being ignorant of the law is good enough for Comey to close his eyes.

Hear no evil, see no evil!