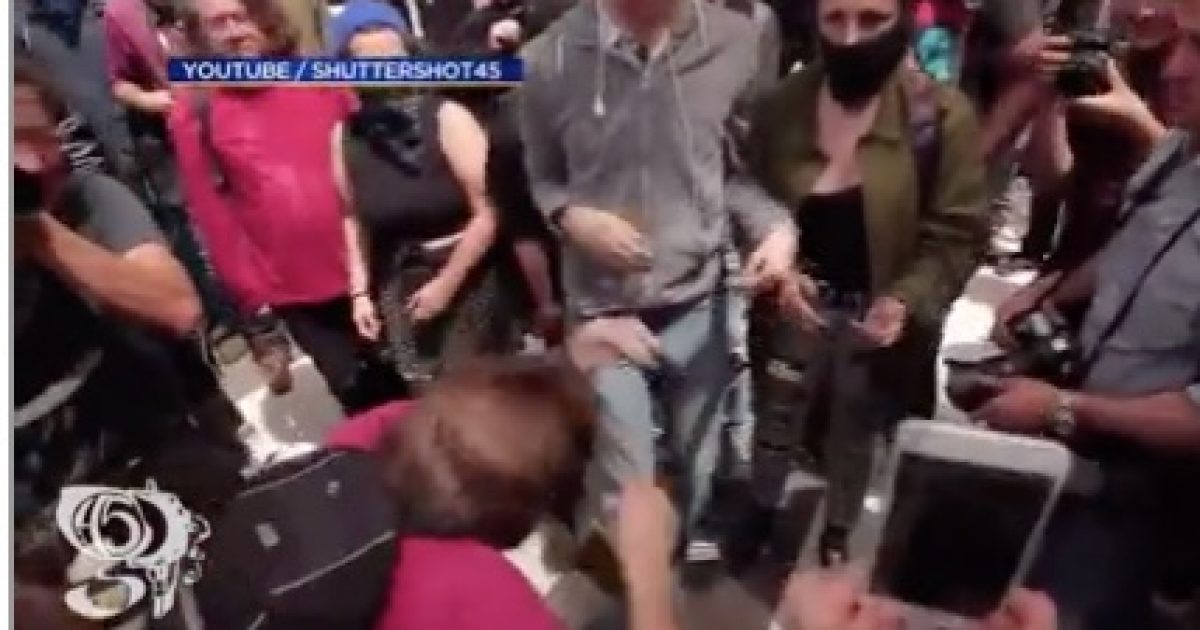 The left-wing media went out of their way to blame recently elected Republican Greg Gianforte’s alleged body-slamming of a reporter on President Trump.

Gianforte was charged with misdemeanor assault for the altercation with Ben Jacobs from The Guardian newspaper.

The truth is violence tied to politics is from the left.

“What we’ve got to do is fight in Congress, fight in the courts, fight in the streets, fight online, fight at the ballot box, and now there’s the momentum to be able to do this,” Kaine said to Democrats. “And we’re not afraid of the popular outcry, we’re energized by it and that’s going to help us do our job and do it better.”

It looks like Kaine’s son Woody took his advice. Woody was charged by police for his possible role in disrupting a Trump rally.

Linwood “Woody” Kaine, of Minneapolis, was charged Friday with one gross misdemeanor count of obstructing the legal process and misdemeanor counts of fleeing on foot and concealing his identity in public. His father was Hillary Clinton’s running mate in the 2016 election.

Berkeley police have arrested a former Diablo Valley College professor for committing an assault during the protests that took place this April. During the protest, violence broke out between supporters of President Trump and far-left anarchists who brand themselves “Antifa,” many of whom were clad in black and wore full face masks to conceal their identities.

Once again, the dishonest media is misleading the public about the source of political violence.