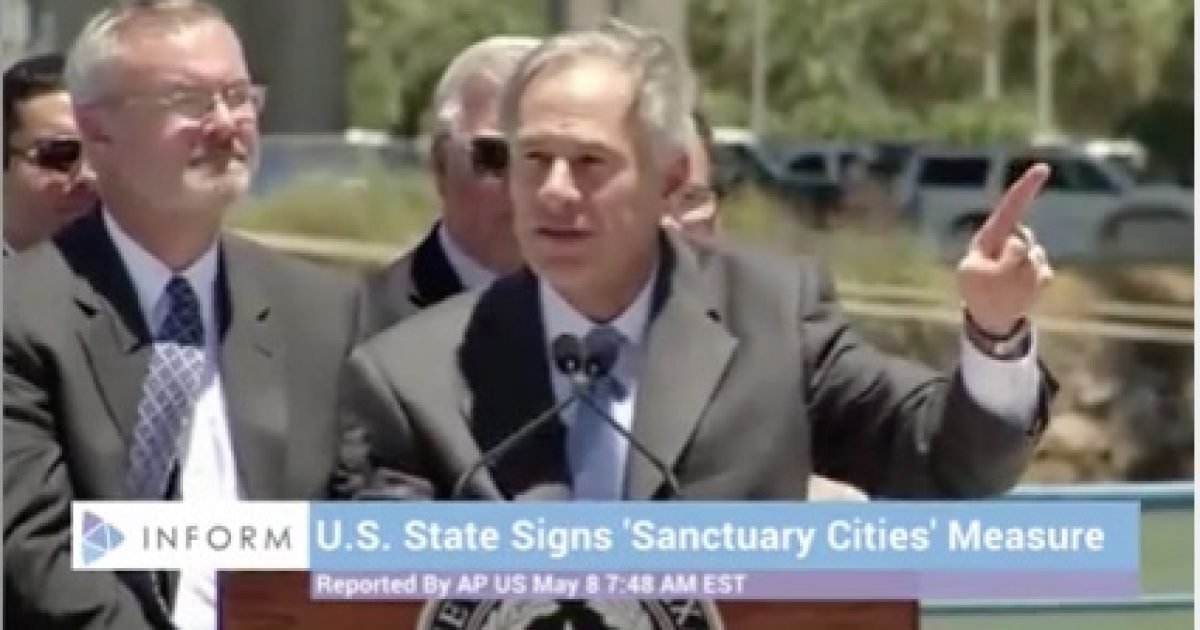 As they say, “Don’t mess with Texas.”

The statement fits the message that Republican Governor Greg Abbott is sending to the nation and local governments in Texas regarding sanctuary cities.

Every major police chief in Texas, which includes some of the largest cities in the U.S., opposed the measure that allows police to inquire about the immigration status of anyone they detain, a situation that can range from arrest for a crime to being stopped for a traffic violation.

It also requires police chiefs and sheriffs — under the threat of jail and removal of office — to comply with federal requests to hold criminal suspects for possible deportation. Republicans have a strong majority in the Legislature and shoved aside Democratic objections, even as President Donald Trump’s efforts to withhold federal funding for sanctuary cities have hit roadblocks in federal courts.

The ACLU promised to fight the new law.

Abbott is doing his part to protect his constituents from illegal alien criminals by signing the sanctuary city ban.