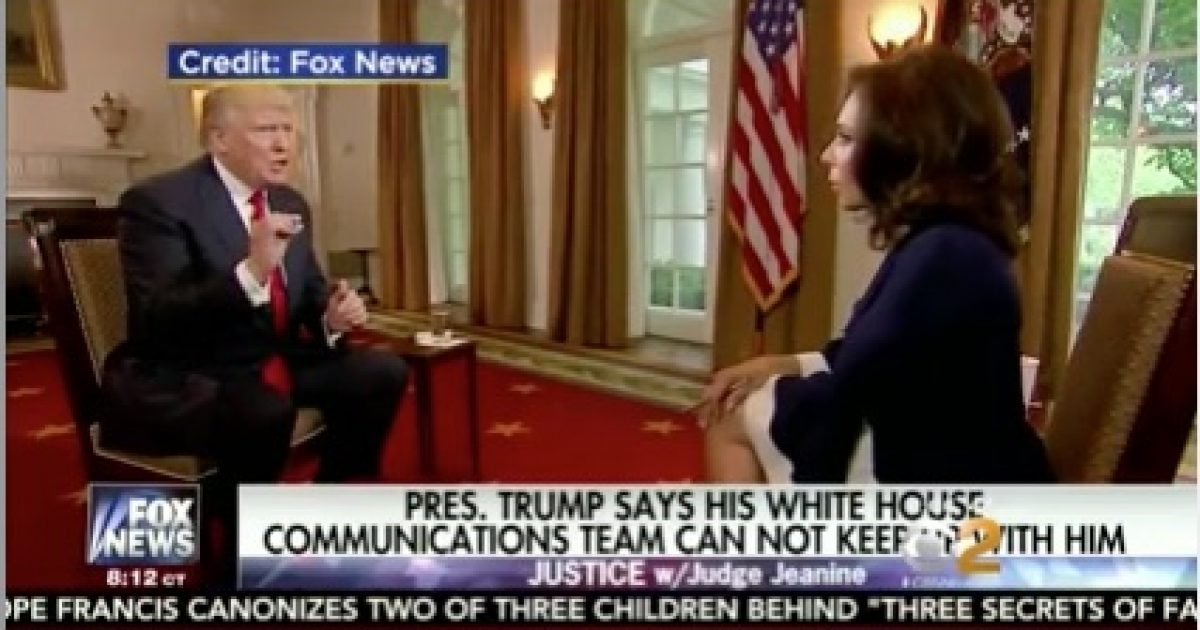 Following the firing of James Comey as head of the FBI, President Trump is thinking about ending the daily White House press briefings.

Trump is considering the change because his press team is struggling with providing precise accuracy during the briefings because they can’t keep up with the speed of his actions.

The president mentioned the possible change during a Fox News interview.

“As a very active President with lots of things happening, it is not possible for my surrogates to stand at podium with perfect accuracy!” Trump tweeted.

He suggested the idea again later Friday, telling Fox News in an interview, “We don’t have press conferences, we just don’t have them, unless I have them every two weeks and I do them myself.”

In place of the daily briefing, Trump said he would do a press conference every two weeks.

Replacing the daily briefing with a twice monthly press conference would provide the media direct access to Trump providing an unfiltered connection with the president.