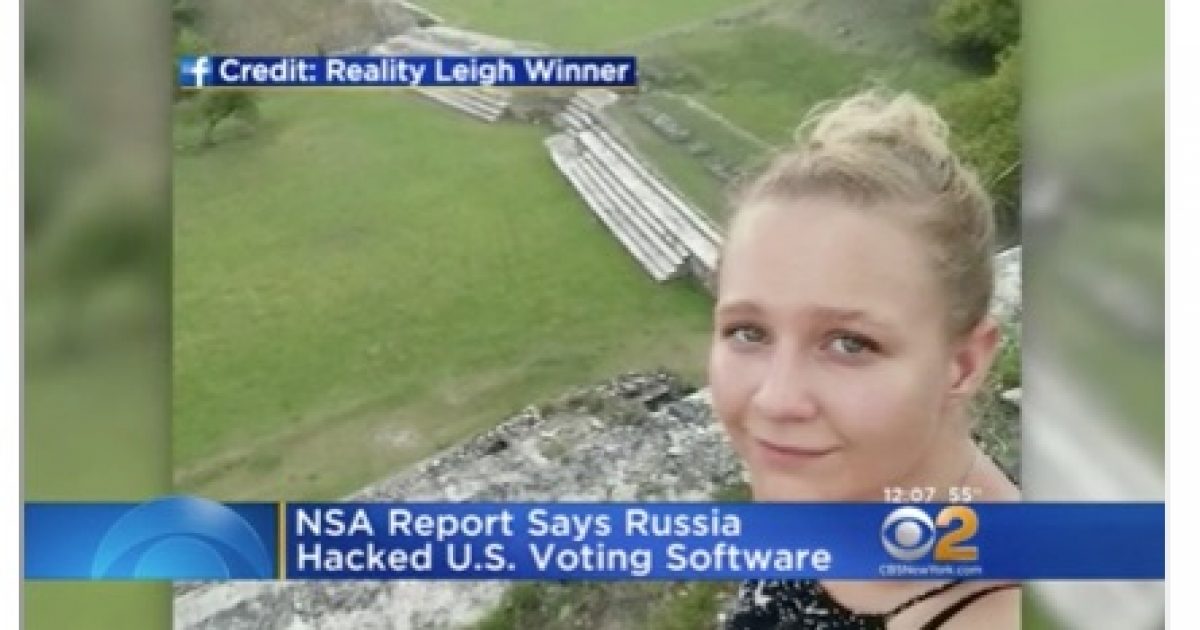 Reality Leigh Winner, a federal contractor, was arrested for allegedly stealing and sharing top secret information with The Intercept.

The Intercept wrote a story about the leaked documents allegedly provided by Winner that contained information on Russia’s attempt to hack into election software prior to the 2016 election.

Winner had top security clearance despite having a passionate left-wing social media footprint.

The 25-year-old woman who stole “Top Secret” documents from the National Security Agency and leaked them to The Intercept appears to be a supporter of Bernie Sanders and other progressive icons, such as Bill Maher and Michael Moore.

Reality Leigh Winner’s apparent social media footprint also shows that she is a supporter of other liberal causes, including the Women’s March and the Islamic Society of North America, the Muslim civil rights group.

She also recently referred to President Trump as a “piece of ####” because of his position on the Dakota Access Pipeline (DAPL) protests.

If guilty, Winner must be prosecuted to the full extent of the law.

A strong message must be sent to discourage the leaking of secret information that jeopardizes our national security.