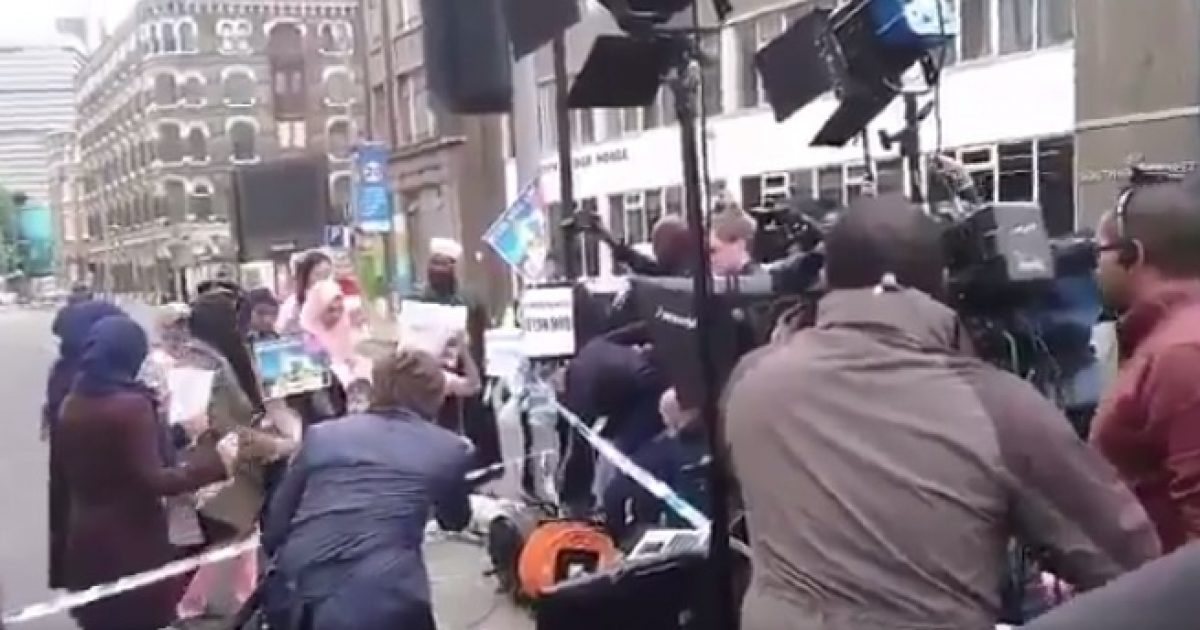 It looks like CNN was caught producing “fake news.”

CNN has been accused of staging an anti-ISIS protest in London with Muslim participants.

Following this weekend’s terrorist attack in London, a crew working for CNN were apparently caught on tape choreographing the protest complete with printed posters that read “#TURNTOLOVE” and “#FORLONDON.”

Raw video footage appears to reveal the network’s managing editor Becky Anderson and other staff instructing protesters on where to stand prior to Anderson’s report on the event for filming.

The Gateway Pundit reported on the network’s actions and posted videos and screenshots of the event:

CNN has denied the accusations.