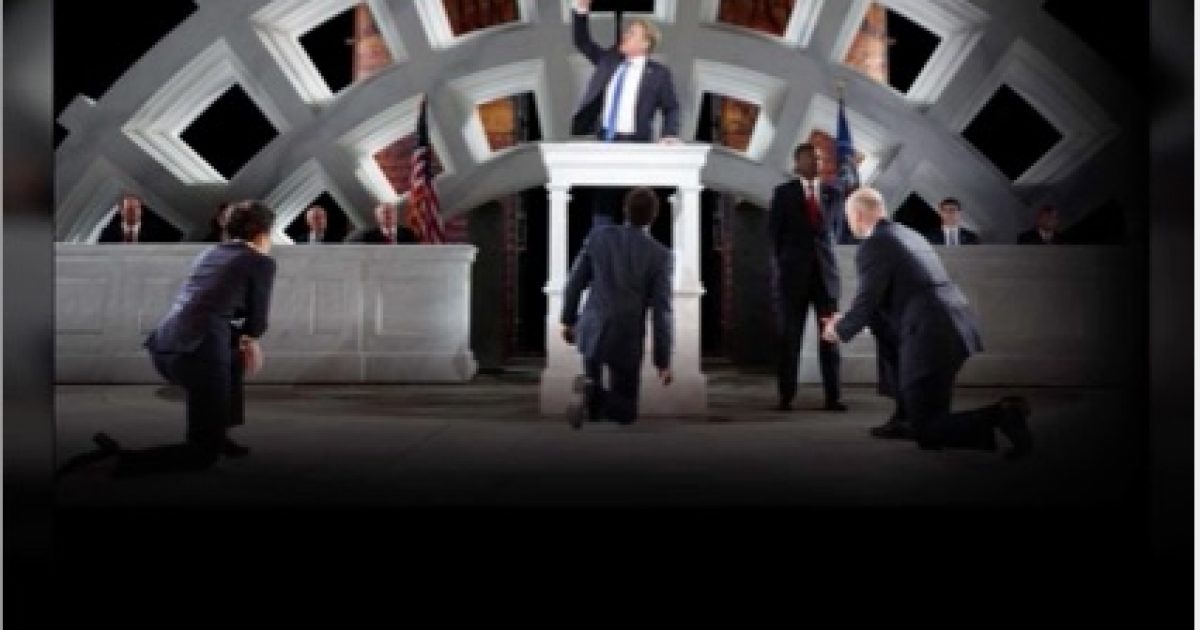 Delta Airlines and Bank of America are dropping sponsorship of New York’s Public Theater Free Shakespeare in the Park over the controversial interpretation of Shakespeare’s play Julius Caeser.

The production shows the assassination of a Trump-like Julius Caeser character.

New York’s Public Theater lost support from two high-profile corporate donors, Delta Air Lines and Bank of America, on Sunday amid intense criticism of its production of Shakespeare’s “Julius Caesar,” which depicts the assassination of a Trump-like Roman ruler.

The companies’ decisions came after days of criticism online and in right-leaning media outlets that was amplified by Donald Trump Jr., a son of the president, who appeared to call into question the theater’s funding sources on Twitter on Sunday morning.

“No matter what your political stance may be, the graphic staging of ‘Julius Caesar’ at this summer’s Free Shakespeare in the Park does not reflect Delta Air Lines’ values,” the company said in a statement on Sunday night.

Delta Airlines and Bank of America made the right move to protect their brands. At this point, American Express and The New York Times remain as sponsors of the free play series in Central Park.

The entertainment industry continues to be on the leading edge of outrageous reactions to President Trump.