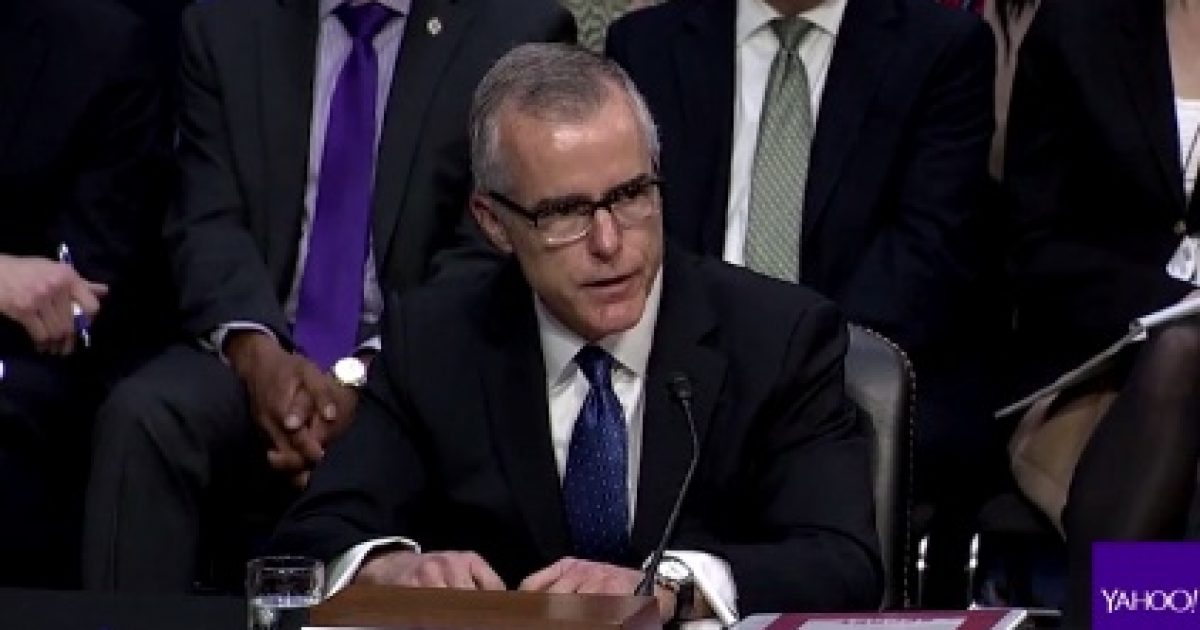 The probe was initiated because of photos showing McCabe wearing a T-shirt that promoted his wife’s state Senate campaign in Virginia.

The agency’s probe was prompted by a complaint in April from a former FBI agent who forwarded social media photos showing McCabe wearing a T-shirt supporting his wife’s campaign during a public event and then posting a photo on social media urging voters to join him in voting for his wife.

This is not the first time McCabe’s wife’s run for the state Senate rasied concerns about McCabe’s role at the FBI.

Mrs. McCabe received a very generous campaign contribution of almost $500,000 from Virginia Governor Terry McAuliffe – a close friend of former President Clinton and Hillary Clinton. She also received just over $200,000 from the Democratic Party of Virginia.

The campaign contribution to McCabe’s wife prompted a Justice Department investigation of McCabe to determine if he should have recused himself from the FBI investigation of the Hillary Clinton email scandal.

McAuliffe made the campaign contribution during the FBI’s investigation of Clinton.

In addtion to McCabe’s role in the Clinton investigation, there are also concerns about a conflict of interest regarding his role with the FBI investigation of potential collusion between President Trump’s campaign and Russia.

Senator Chuck Grassley (R-IA) wrote a letter to then FBI Director James Comey regarding concerns about a conflict of interest surrounding McCabe’s role in the Russia investigation.

McCabe was a central figure in the FBI’s investigation of Hillary Clinton and with the current probe in the alleged collusion between Russia and President Trump’s campaign associates.

The visible participant role he displayed by promoting his wife coupled with her financial ties to a Clinton ally is extremely disturbing.

The actions of both McCabe and Comey illustrate the need for Trump to drain the swamp.