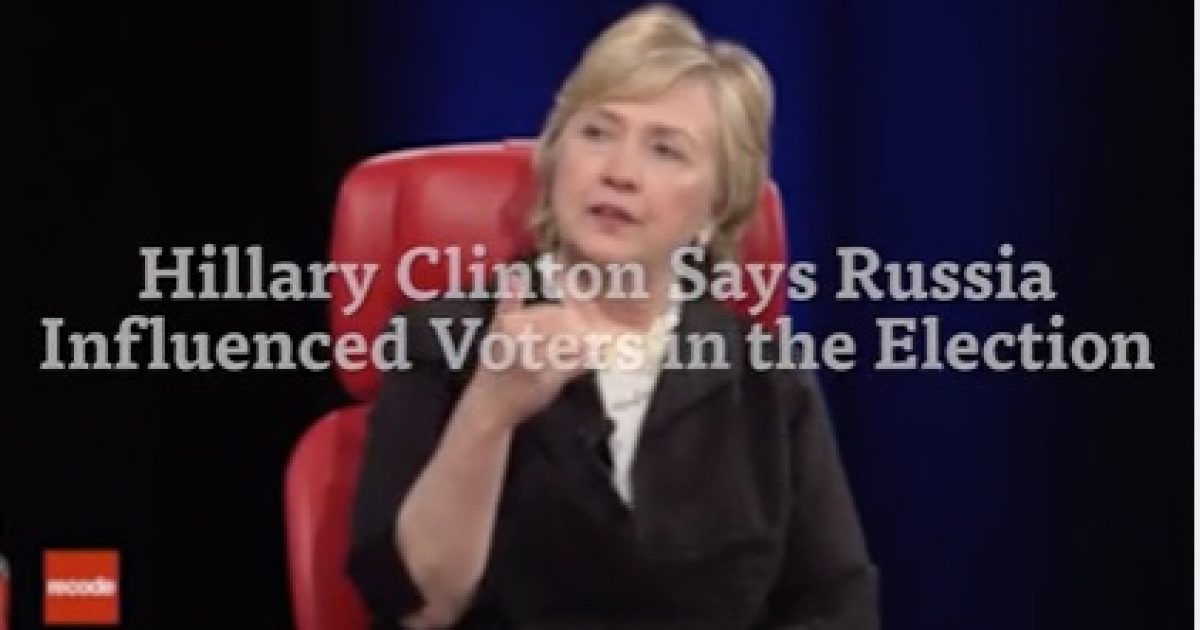 Many Democrats want Hillary Clinton to disappear from the media spotlight.

Since losing the presidential election Hillary Clinton keeps trying to blame others for her embarrassing loss to now President Trump.

Clinton blames the Russians, former FBI Director James Comey, fears of a woman president, and the Democrat National Committee among other reasons for losing.

The Hill interviewed Democrats about Clinton’s refusal to walk away from the public eye.

But they also unanimously said Clinton needs to rethink her public blaming tour.
“Good God, what is she doing?” one longtime aide wondered after watching Clinton at the Recode conference in California on Wednesday. “She’s apparently still really, really angry. I mean, we all are. The election was stolen from her, and that’s how she feels.

Clinton’s blame game tour is a distraction and is preventing other Democrats from getting the media attention they need to build name recognition for future elections.

Because Clinton’s bitterness about her loss is deep-seated, it’s highly doubtful she will walk away from the public square.