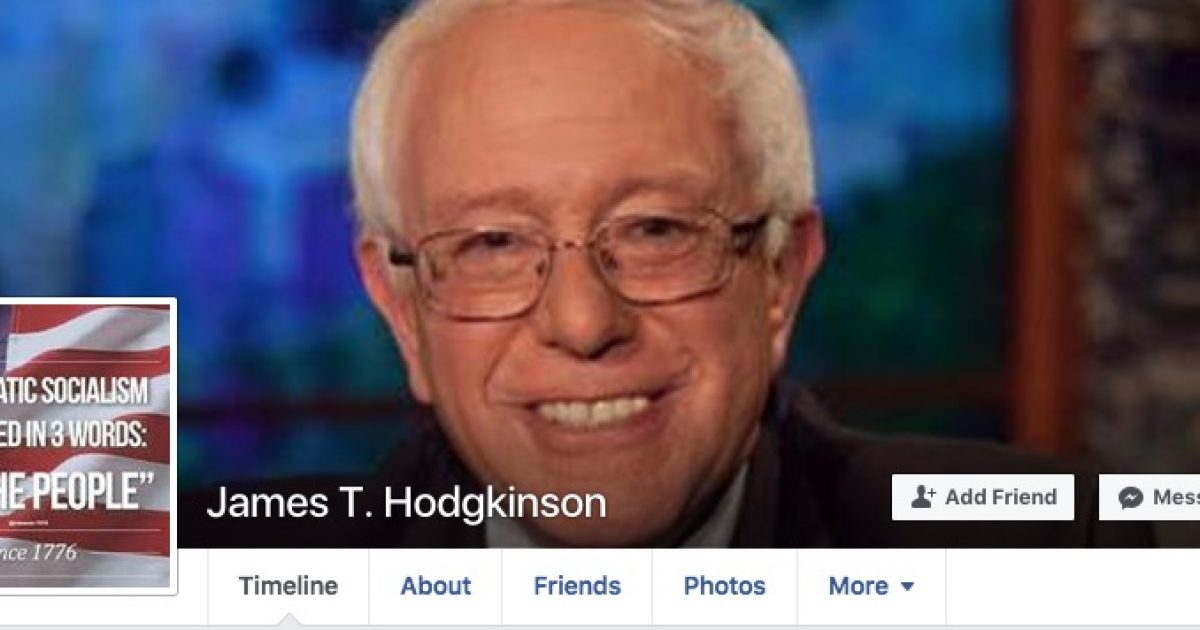 The Washington Post reports the gunman that shot House Majority Whip Steve Scalise (R-LA) and others is James T. Hodgkinson from Illinois.

The shooter at the GOP congressional baseball practice this morning is James T. Hodgkinson of Belleville, Ill., according to law enforcement officials. Hodgkinson, 66, owns a home inspection business, but his home inspection license expired in November 2016 and was not renewed, state records show.

Heavy reports that Hodgkinson is a Bernie Sanders supporter and his Facebook page is full of anti-Trump posts and comments.

1. Hodgkinson Is a Supporter of Bernie Sanders & Democratic Socialism Who Wrote on Facebook, ‘Trump is a Traitor. Trump Has Destroyed Our Democracy. It’s Time to Destroy Trump & Co.’

The gunman died. Here is a link to his Facebook page.

It does not take much to connect the dots between the extreme anti-Trump and anti-Republican rhetoric and its role in pushing a person over the edge.

It’s time for leading Democrats to speak out against violence, stop using harsh and extreme terms to describe Republican policies and halt their promotion of the resist Trump movement.