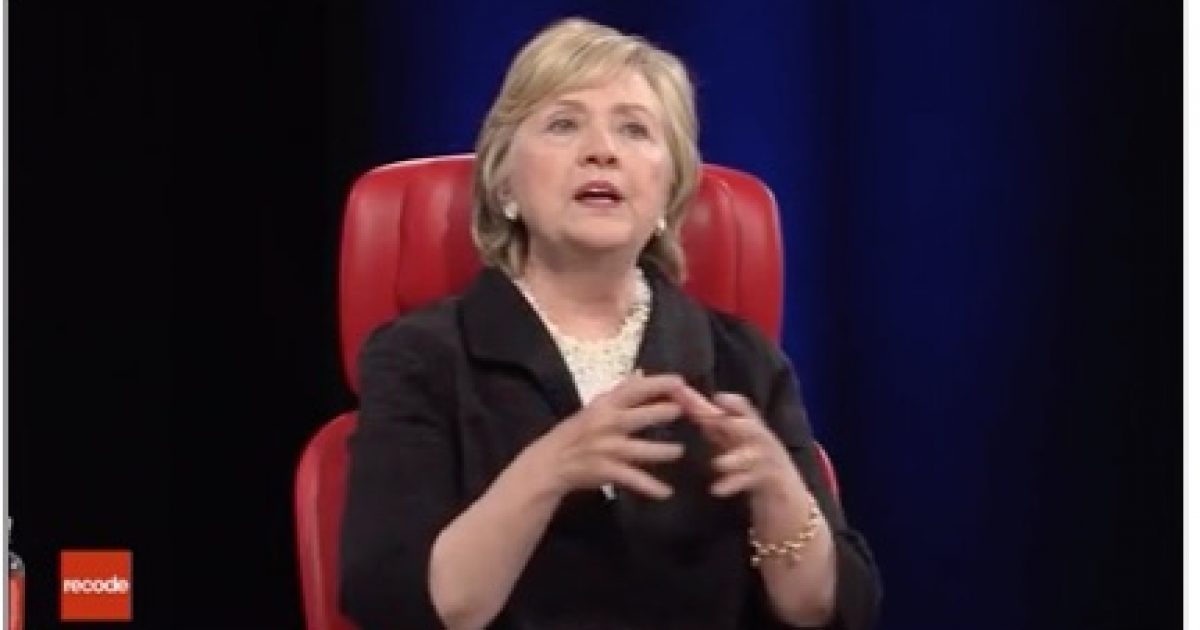 Hillary Clinton lives in a world of her own.

Clinton is trying to justify her embarrassing loss to now President Trump.

The excuses are never ending – it was the Russians, it was because she is a woman, it was FBI Director James Comey…

Clinton’s latest excuse – she was a victim of expectations!

The attitude toward her campaign, she posited, was a result of the assumption that she would defeat Donald Trump, and she said it hurt her.

“I was the victim of a very broad assumption that I was going to win,” she said.

Clinton hit at the Democratic National Committee, too: The DNC, she claimed, handed her an inferior data operation when she won the party’s nomination last summer, while the Republicans had invested heavily in data infrastructure between 2012 and 2016.

Clinton lives in a bubble. Someone should tell her she is embarrassing herself with her denial of reality.

She lost because she was a lousy candidate.