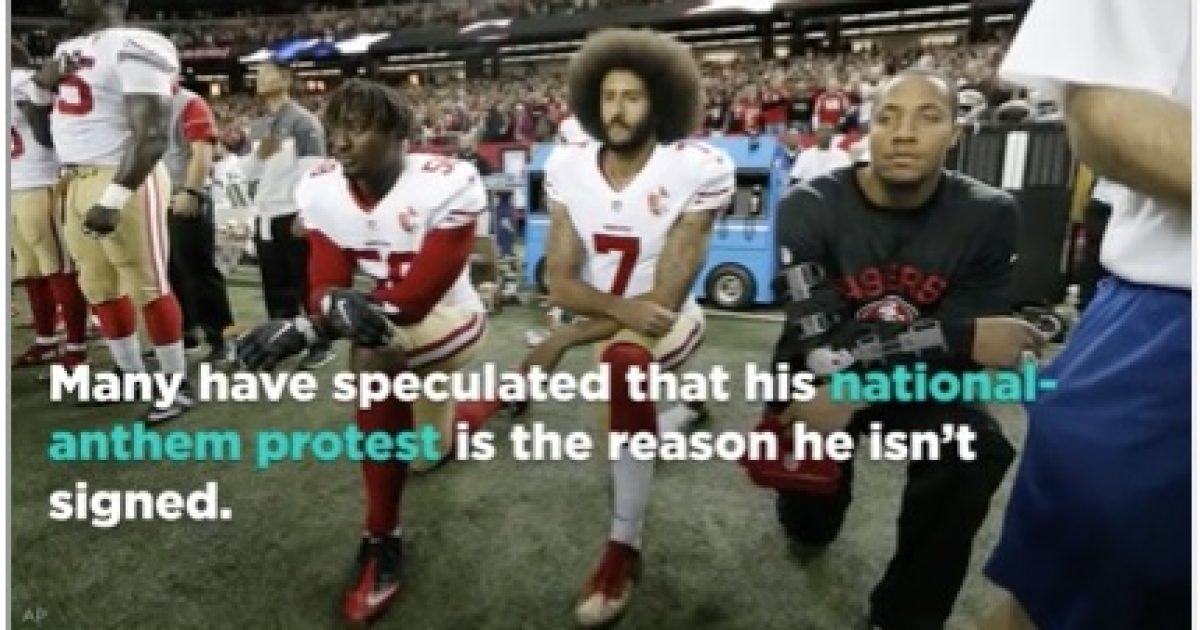 Using Twitter as his vehicle, Kaepernick made a comparison of today’s police to fugitive slave patrols.

Kaepernick was commenting on the acquittal of a Minnesota police officer from manslaughter charges in the shooting death of Philando Castile – a black motorist.

NFL quarterback Colin Kaepernick compared police officers to fugitive slave patrolmen after a Minnesota officer was acquitted in the shooting death of a black motorist.

Kaepernick tweeted his displeasure with the verdict, with a graphic reading “You can’t ignore your history – always remember who they are.”

“A system that perpetually condones the killing of people, without consequence, doesn’t need to be revised, it needs to be dismantled,” added Kaepernick.

Kaepernick’s Tweet is not going to help his employment status.

Following the negative attention he brought to the San Fransisco 49ers and the NFL last year when he decided to use the football field to protest law enforcement, Kaepernick is finding it hard to find a team to sign him for the upcoming season.

Kaepernick continues to make himself a public relations liability making it doubtful a team is going to take the risk of signing him.