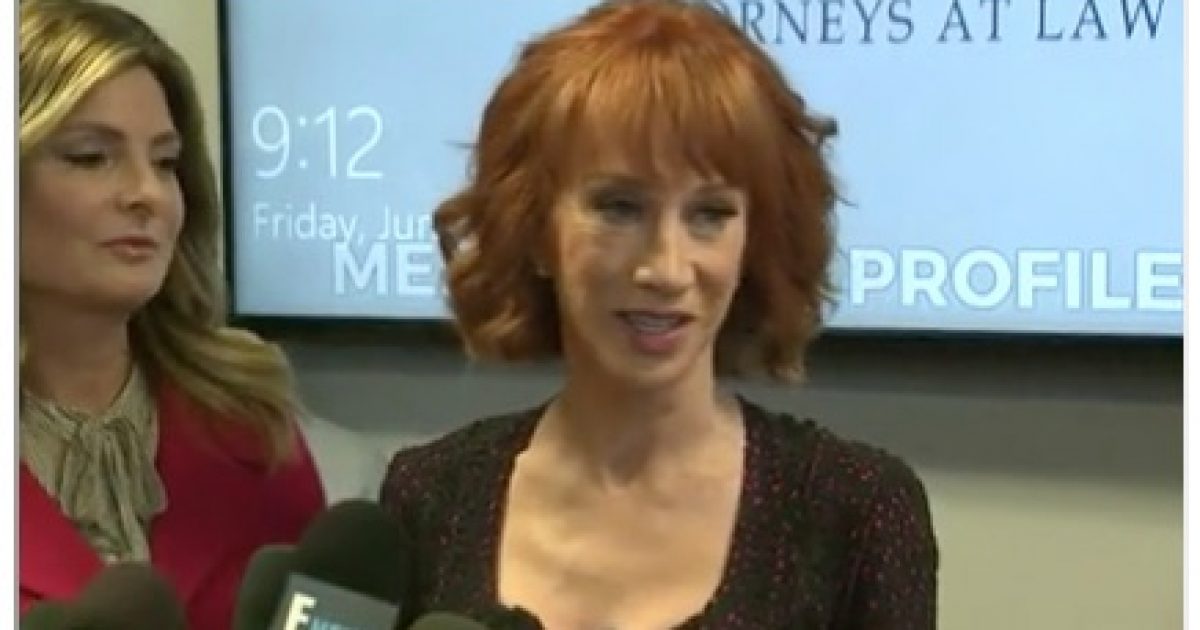 Instead of being consistently apologetic for her outrageous act toward the president, Griffin played the victim and called Trump a bully.

Kathy Griffin accused President Donald Trump and his family of launching a campaign to destroy her life in response to the image she posted earlier this week in which she appeared to be holding the commander-in-chief’s severed head.
The comedian broke down in tears as she detailed the torrent of abuse she has been receiving online, and the constant death threats which she described as detailed and specific.

She stated however that she will not back down from this fight, saying: ‘I am not afraid of Donald Trump. He is a bully.’

Griffin made clear she was not going to threaten the president but she intends to make more jokes about him.

Clearly, Griffin is getting real bad advice. Griffin’s best course of action should be lowering her public visibility and hope the public relations disaster storm that she created blows over.

But that did not happen. Griffin chose to throw gasoline on the fire.

Griffin should be an example of what not to do to the rest of the entertainment industry but the industry is so full of hate it’s doubtful she will be the last casualty of Trump derangement syndrome.