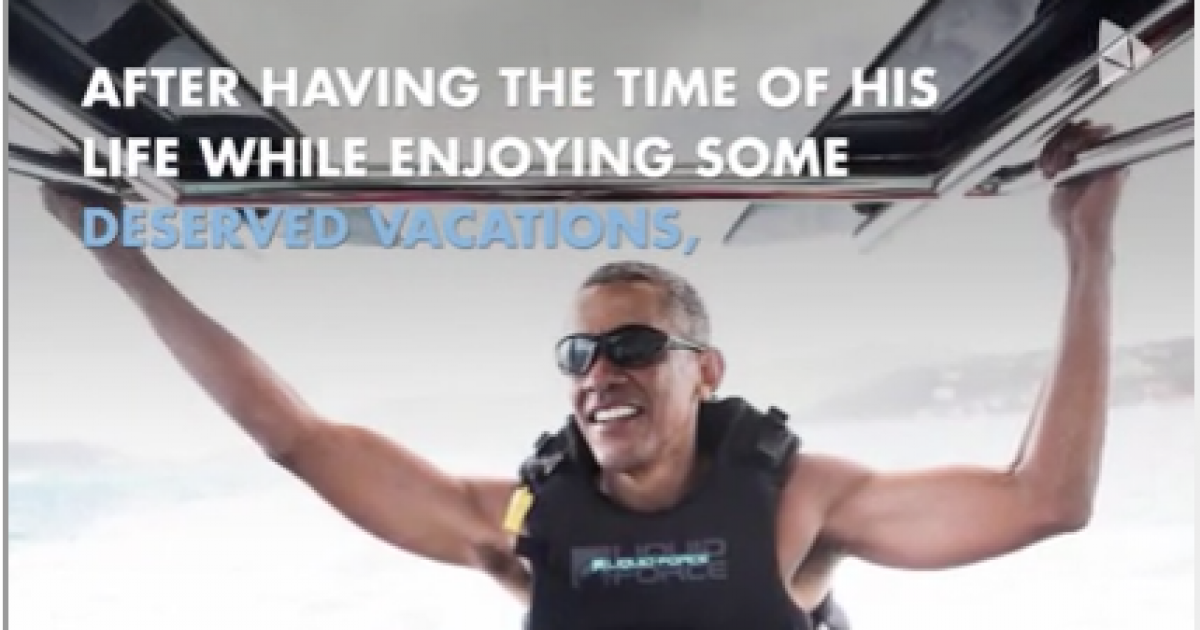 The left-wing is just now discovering that former President Obama is an elite.

Obama’s words expressed he was concerned with the plight of hard working Americans but his actions spoke otherwise.

Now the liberal left is discovering the truth.

“These are some of the most luxurious travel destinations in the world. Many of our clients spend tens of thousands of dollars or more to stay at these resorts, which cater to the most discriminating and demanding guests,” said Kendra Thornton, travel expert and owner of luxury travel agency Royal Travel. “For example, Necker Island has a nightly price tag of $80,000. Anyone who stays at these properties does so because they want the best of the best.”

The story notes critical comments made by the policial left and entertainer John Oliver.

Oliver said, “This might be controversial – I’m a little sick of seeing photos of President Obama on vacation with Richard Branson. Just tone it down with the kite-surfing pictures. I’m glad he’s having a nice time – America is on fire.”