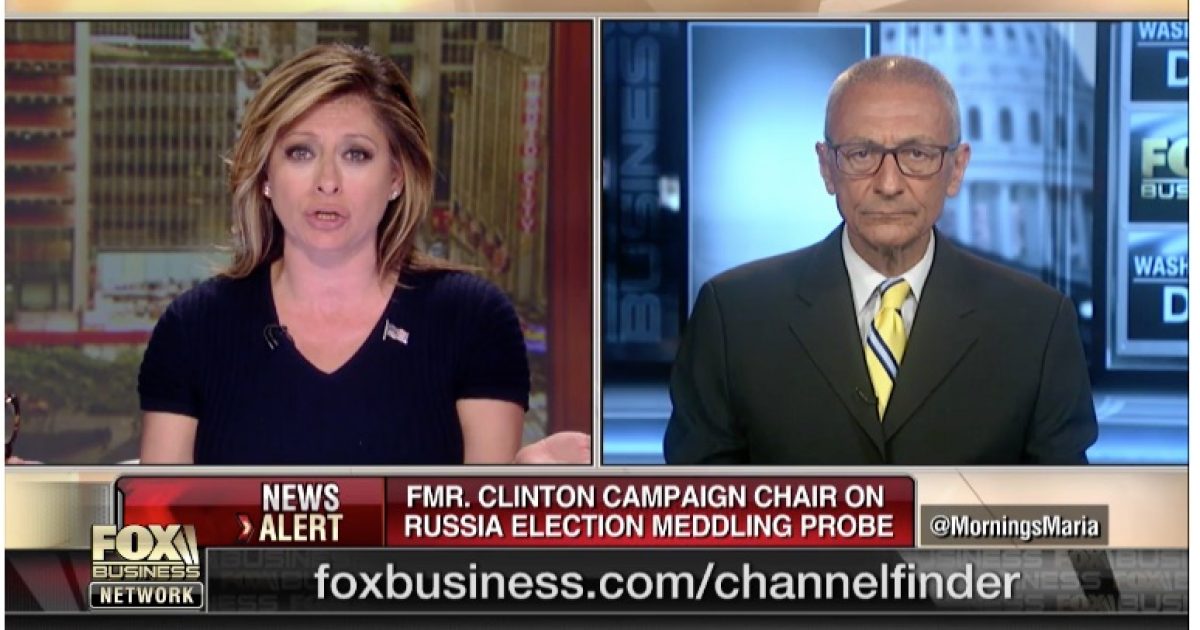 Maria Bartiromo clashed with John Podesta over his ties to Russia during an interview on the Fox Business Network’s “Mornings with Maria.”

Host Maria Bartiromo asked Podesta to clear up what he did with the 75,000 shares of stock in Joule Energy he was given and failed to disclose when he joined the Obama administration as counselor to the president.

“It’s backed by the Kremlin,” Bartiromo shot back.

“I did not have any stock in any Russian company, so go back and get your facts straight, Maria,” Podesta snapped.

Bartiromo was making the point that the Democrats have a closer connection to Russia than President Trump.

Breitbart News provided details on the financial ties between Podesta and a Russian investment fund:

“[Y]ou’re picking through my emails that were stolen by the Russians and released by Wikileaks, and creating a story that is not true,” Podesta said in an interview, insisting that he did not get any shares from a Russian company.

Podesta sat on the board of Joule, an American company that attracted investments from the Russians. As Breitbart News Senior Editor-at-Large Peter Schweizer has reported, the company received $35 million from a Putin-connected Russian government fund, while Secretary of State Hillary Clinton was working in the Obama administration.

Despite Podesta’s spinning, it sure looks like a Russian company invested in a company he was associated with and despite that information, the left-wing continues to talk about Trump and Russia.