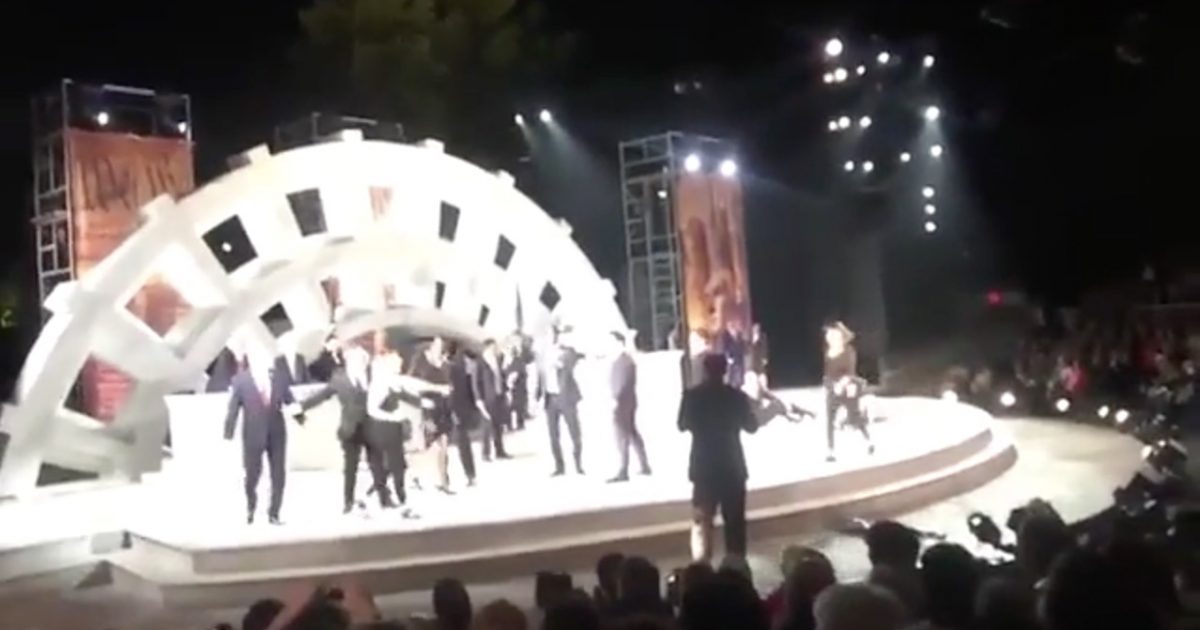 The protesters are concerned that the play is a form of propaganda where violence against conservatives and President Trump is being normalized.

A production of “Julius Caesar” in Central Park was disrupted on Friday evening by two protesters who objected to the bloody scene in which the title character, played by an actor costumed and styled to resemble President Trump, is knifed to death.

A woman who later identified herself on social media as Laura Loomer jumped onto the stage just after the assassination of Caesar and began shouting, “Stop the normalization of political violence against the right,” and, “This is violence against Donald Trump.” Ms. Loomer describes herself as a “a right-wing investigative journalist and activist” who has previously worked with James O’Keefe, the conservative activist known for selectively edited undercover video investigations

Normalization of violence against President Trump and Republicans is a legitimate concern.

The shooting of House Majority Whip Steve Scalise (R-LA) was a result of the anti-Republican propaganda sweeping the nation.

Watch the video of the protest HERE.