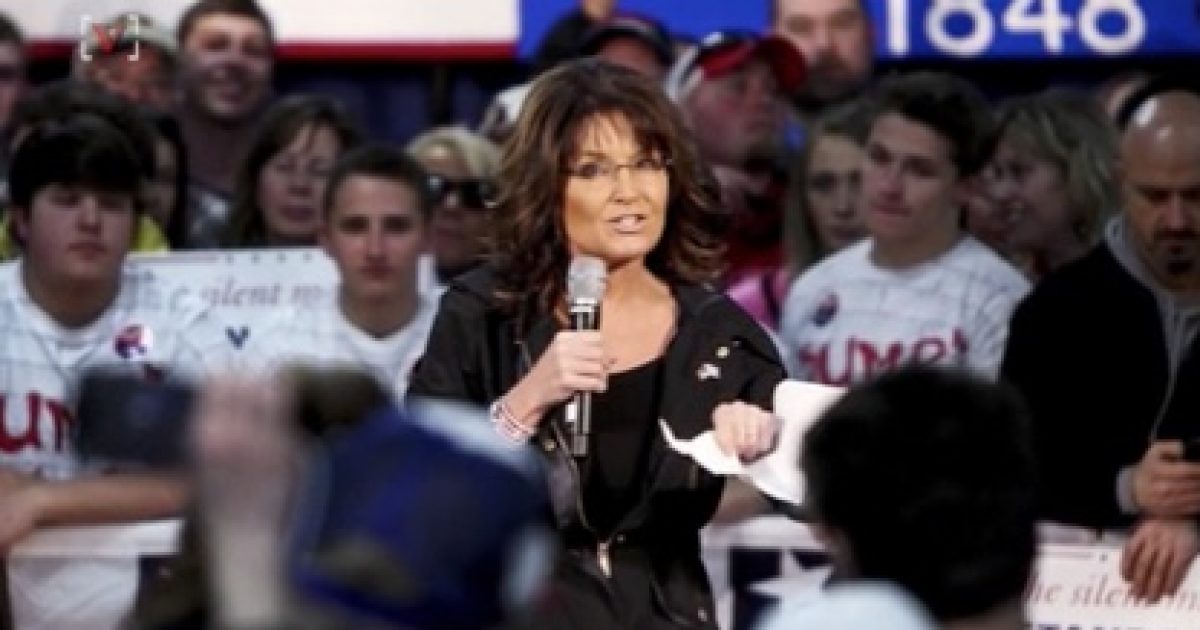 The left-wing media is being challenged for their unfair, biased and inaccurate reporting.

President Trump is firing back calling the media fake news and now Sarah Palin is taking a big step to hold the media accountable.

Palin is suing The New York Times for defamation.

Former Governor of Alaska and vice presidential candidate Sarah Palin is suing the New York Times for defamation over a recent editorial tying one of her political action committee ads to a 2011 mass shooting that severely wounded Arizona Democrat Gabby Giffords and killed six people, including a 9-year-old girl​, The Post has learned​.

The Times was desperately trying to shift the blame for the shooting of Representative Steve Scalise (R-LA) and others from the left-wing gunman to issues with political ads.

The left-wing media can’t contain its disdain for Republicans and their zeal to harm political opponents is causing significant damage to their credibility.