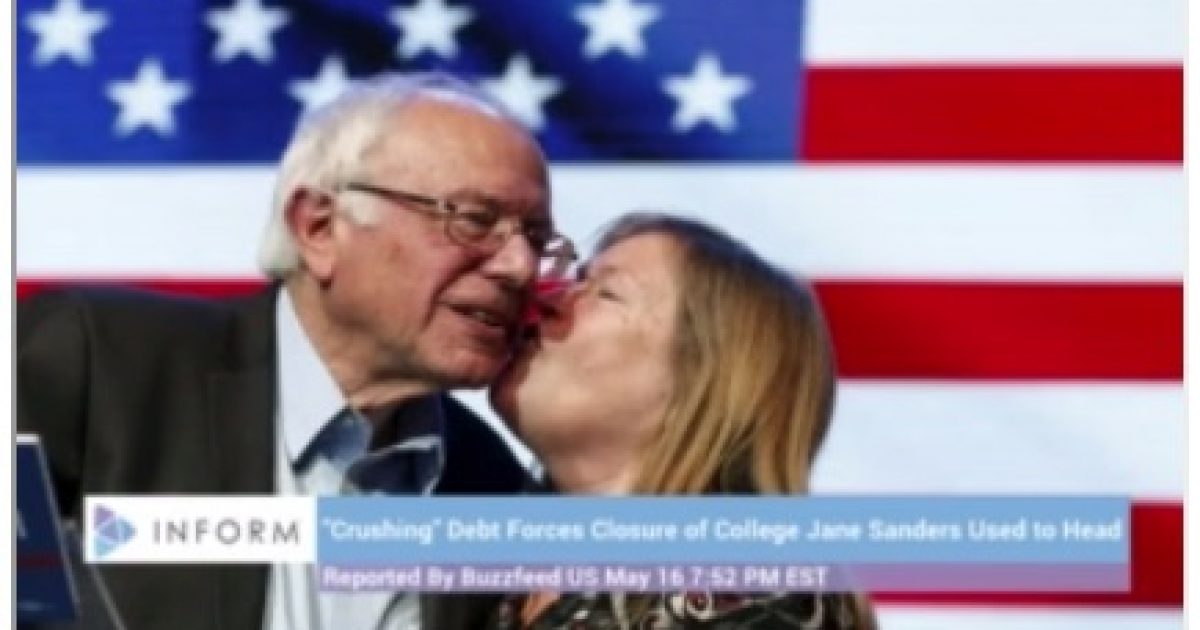 Senator Bernie Sanders (I-VT) denied using his office to help his wife Jane secure a loan for Burlington College where she served as president.

Under her leadership, Burlington College was closed amid severe financial challenges.

Appearing Thursday night on MSNBC, the Vermont independent and former candidate for the Democratic presidential nomination responded directly to allegations from a prominent Republican lawyer regarding the senator’s involvement in helping Jane O’Meara Sanders secure financing for the now-shuttered college.

“That is an absolute lie,” Sanders told journalist Chris Hayes, host of the show “All In.” They spent the bulk of the seven-minute segment discussing health care.

In addition to the senator’s possible involvement in helping his wife secure a loan, Jane Sanders is under FBI investigation for allegedly making misleading information to the bank for the $10 million loan.

It’s ironic that Sanders, as a warrior against special interest influence, is being challenged over using his post to help his wife.