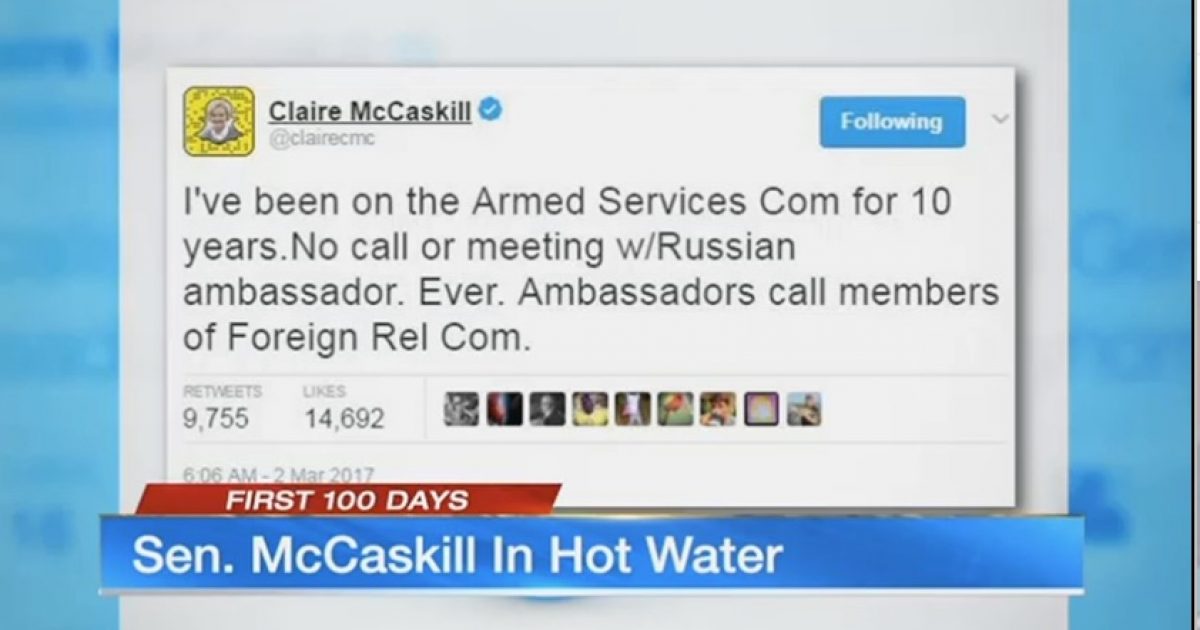 Senator Claire McCaskill (D-MO) is the latest Democrat who overplayed the Russia card.

McCaskill was early out of the box to criticize Attorney General Jeff Sessions for meeting with the Russian ambassador when he was a senator claiming she never met with him in her senate role.

At the time, McCaskill was caught in a lie – Tweets sent from her account showed she met with the Russian ambassador.

Now it turns out she paid to have dinner at the Russian ambassador’s house.

Democratic Sen. Claire McCaskill (Mo.) used a personal foundation to pay for a dinner she attended at Russian ambassador Sergey Kislyak’s Washington, D.C., residence. The senator had failed to disclose her role in the foundation until earlier this month.

McCaskill came under fire this March after she told the Washington Post she never had a “call or meeting” with Kislyak even though she had publicly announced both a call and meeting with him. This week, CNN reported that McCaskill also attended a black-tie reception at Kislyak’s D.C. residence in November 2015.

Democrats and their media allies are overplaying the Russia card exposing McCaskill as a liar and hypocrite.