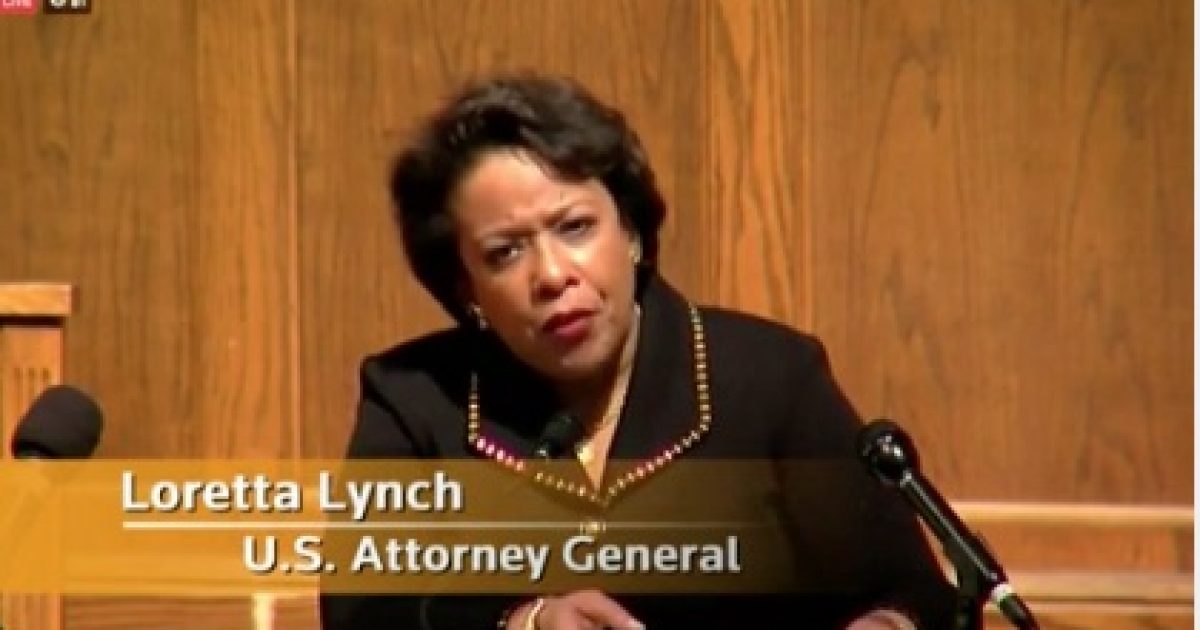 In a letter to Ms. Lynch, the committee asks her to detail the depths of her involvement in the FBI’s investigation, including whether she ever assured Clinton confidantes that the probe wouldn’t “push too deeply into the matter.”

Fired FBI Director James B. Comey has said publicly that Ms. Lynch tried to shape the way he talked about the investigation into Mrs. Clinton’s emails, and he also hinted at other behavior “which I cannot talk about yet” that made him worried about Ms. Lynch’s ability to make impartial decisions.

The entire Clinton investigation smells fishy and Lynch appears to have played a key role in protecting Clinton.

Former FBI James Comey’s claim that Lynch told him to dial back the description of the FBI’s probe (see video) suggests she was very concerned about they way the public was viewing the investigation.

It’s about time Republicans used their power to investigate Lynch because this issue is far more disturbing and real than the never ending Russia collusion investigation.