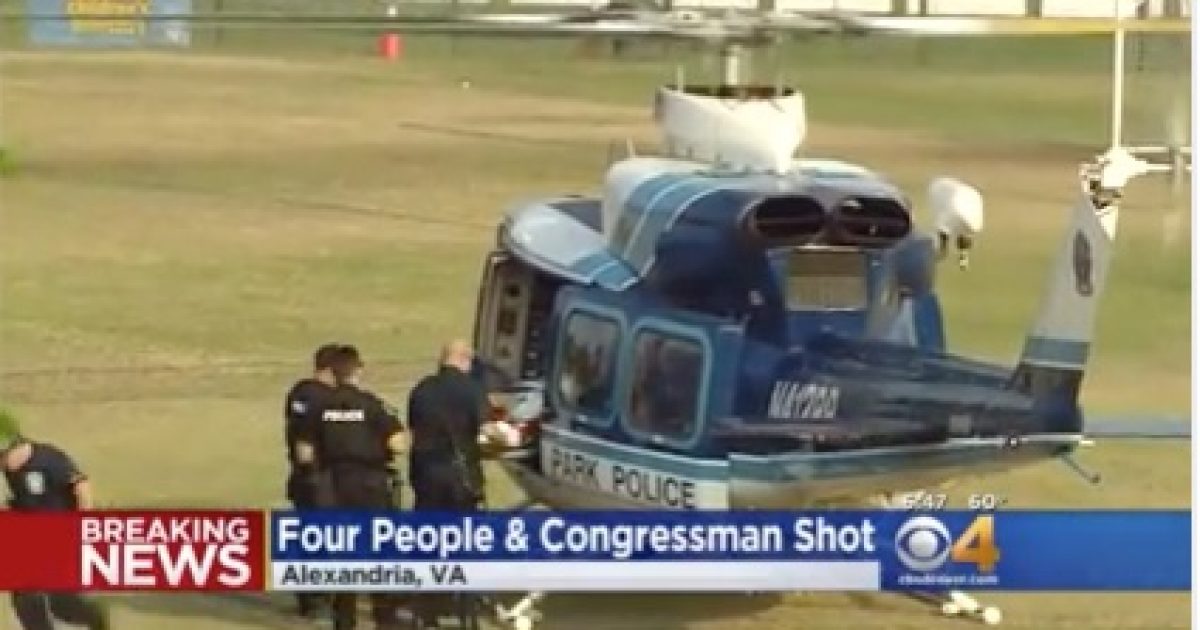 A shooter fired multiple rounds at Congressional Republicans at a baseball field in Alexandria, VA early this morning.

House Majority Whip Steve Scalise (R-LA) and a staff member were shot. U.S. Capitol Police security detail for Scalise shot the assailant and they were also hit by the gunman in the exchange.

House Majority Whip Steve Scalise was shot and multiple congressional aides were also hit by a gunman with a rifle who opened fire at a GOP baseball practice in Virginia Wednesday morning, Fox News confirmed.

Scalise was in stable condition. Five people were “transported medically” from the scene, Alexandria Police Chief Michael Brown said; however, it was unclear how many people had been shot.

The Republicans were practicing for a charity baseball game tomorrow night.