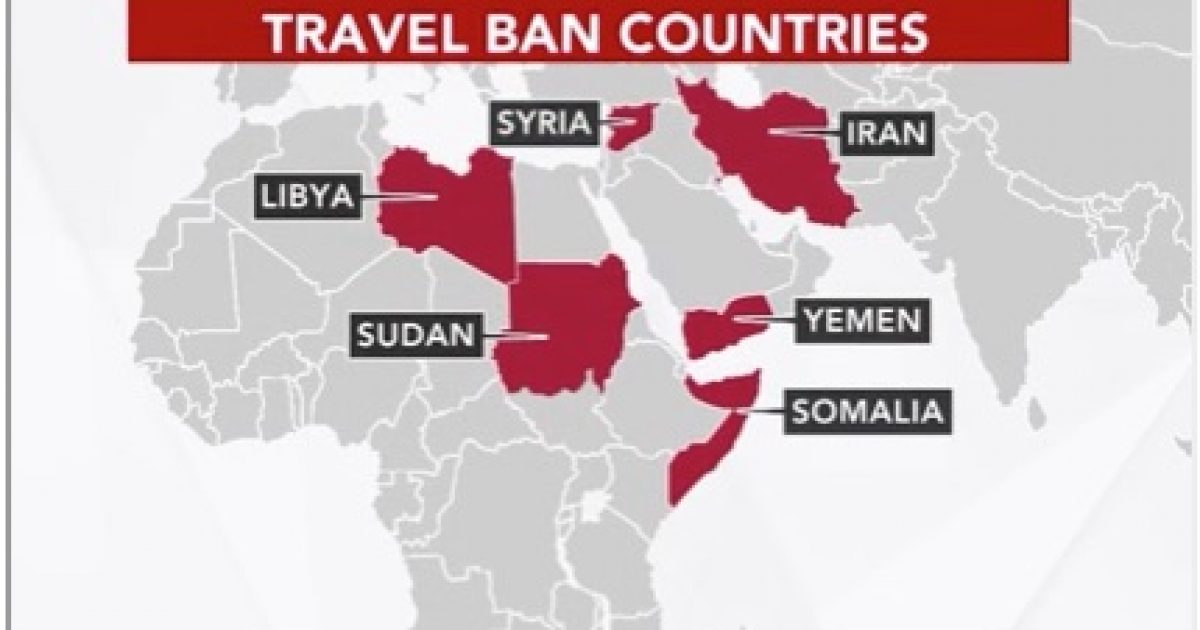 In a stinging rebuke of the lower courts, today the entire U.S. Supreme Court backed most of President Trump’s travel ban.

The previous court decisions to halt Trump’s travel ban were reversed except for foreigners that have existing relationships in the U.S.

The justices removed the lower courts’ injunctions against the ban “with respect to foreign nationals who lack any bona fide relationship with a person or entity in the United States,” narrowing the scope of two injunctions that had put the ban in limbo.

Trump called the Supreme Court’s order “a clear victory for our national security.”

The case centers on the president’s move to block new visas for travelers from six majority-Muslim countries for 90 days, and to suspend the U.S. refugee program for 120 days. Challengers to the ban said it would harm people who have legitimate reasons to be in the U.S. — including through family ties, work and education.

Trump cheered the decision saying, “My number one responsibility as Commander in Chief is to keep the American people safe. Today’s ruling allows me to use an important tool for protecting our Nation’s homeland. I am also particularly gratified that the Supreme Court’s decision was 9-0.”

The Supreme Court agreed to hear the case in the fall.

Most importantly, the temporary travel ban gives the Trump administration time to work on the government’s vetting process before the travel ban is argued.

The 9-0 decision to largely reverse the decisions of the lower courts exposes the left-wing nature of the 9th and 4th Circuit Courts.