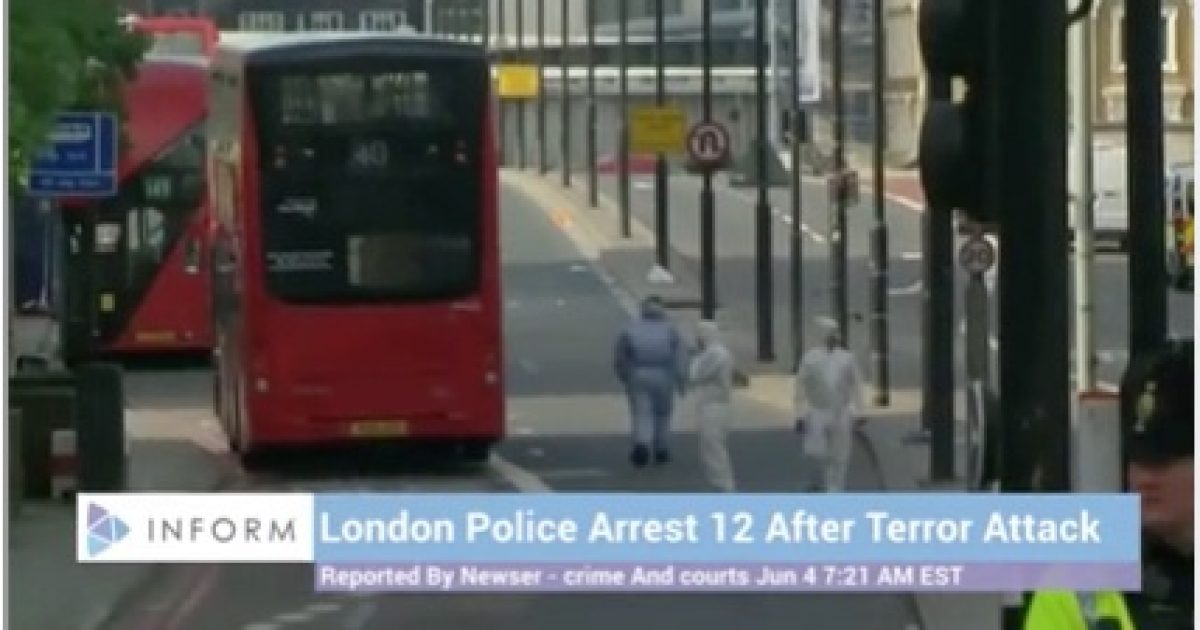 Three terrorists went on a rampage that started on the London Bridge and continued in neighboring streets.

So far seven people were killed and forty-eight wounded.

The Sun reported on Prime Minister Theresa May’s reaction to the attack:

THERESA MAY delivered a firm warning to those who harbour extremists in this country today after the latest terror attack saw three jihadis strike at the heart of London.

In what looked like a turning point in terror policy, the PM said “enough is enough” after the killers left seven dead by driving a van into crowds on London Bridge and going on a stabbing spree as they shouted “this is for Allah”.

Following the attack, twelve people were arrested in connection to the terrorist strike.

All three terrorists were killed by police.

The latest attack shows radical Islamic terrorism and not climate change poses the biggest risk to our way of life.