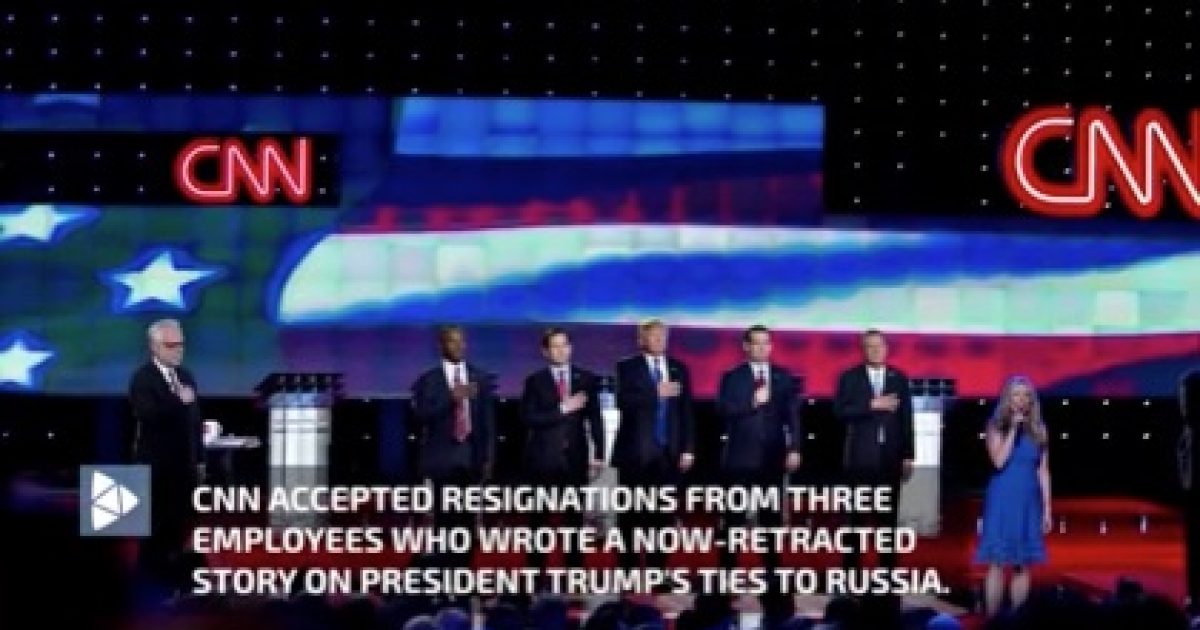 Three CNN employees left the news organization over a fake news story that claimed a Senate Committee was investigating a Russian investment group’s ties to Anthony Scaramucci who served as a transition team member for President Trump.

The retracted story appeared on CNN’s website and did not air on television.

According to a CNN internal investigation, individuals responsible for the story failed to adhere to the news organization’s standard review process before the story was published.

The story was deleted from CNN’s website and a formal retraction was published.

Three CNN employees have resigned amid the network’s very fake news scandal in which it was forced to retract a hit piece on President Donald Trump and his associates.

“CNN said Monday that three journalists, including the executive editor in charge of a new investigative unit, have resigned after the publication of a Russia-related article that was retracted,” CNN’s Brian Stelter reported late Monday. “Thomas Frank, who wrote the story in question; Eric Lichtblau, an editor in the unit; and Lex Haris, who oversaw the unit, have all left CNN.”

The war between President Trump and CNN just recorded its first casualties.

In its zeal to harm Trump, the former CNN investigative team allowed their personal agenda to override the facts and journalist standards.

The deleted story and resignations damage CNN’s reputation and provides Trump with the ammunition to label the news organization as a producer of fake news.