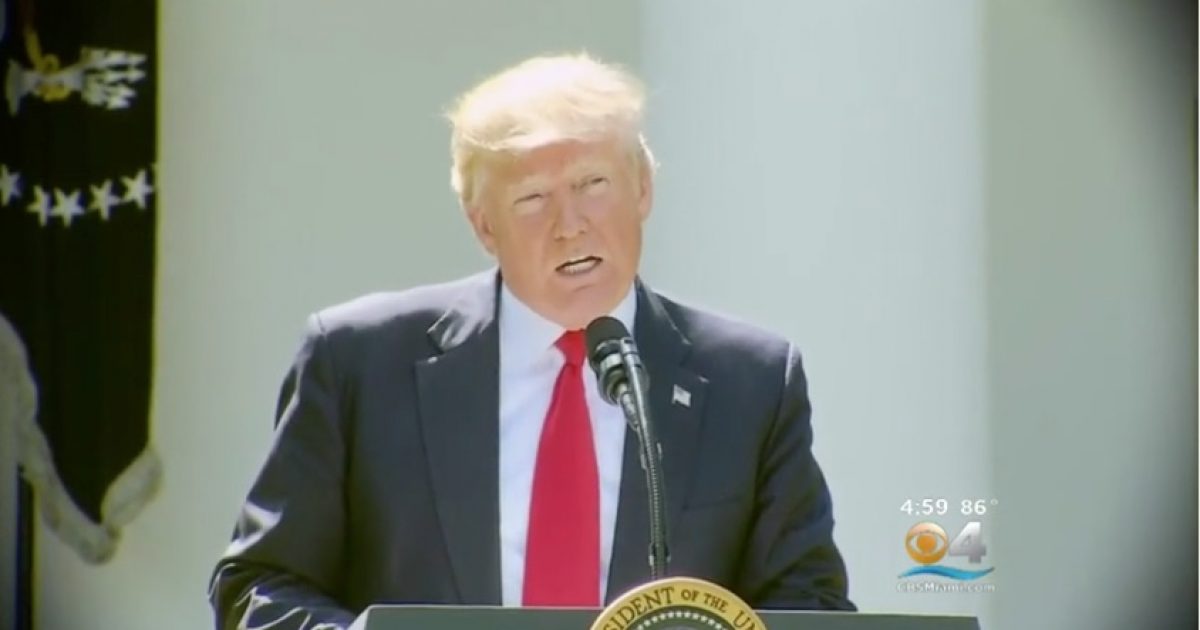 President Trump did not disappoint.

In a Rose Garden speech, Trump horrified the global elite by announcing the U.S. is going to pull out of the Paris Climate Change Agreement.

In classic Trump style, he said, “The bottom line is that the Paris Accord is very unfair at the highest level to the United States,” and he added, “I was elected to represent the citizens of Pittsburgh, not Paris.”

By bolting from the agreement, Trump is erasing a key part of former President Obama’s legacy and remaining true to his pro-fossil fuel energy policy.

“This is disgraceful,” said Annie Leonard, Greenpeace USA’s executive director. “By withdrawing from the Paris Climate Agreement, the Trump administration has turned America from a global climate leader into a global climate deadbeat.”

Kierán Suckling, executive director of the Center for Biological Diversity, said, “Trump just confirmed his total contempt for our planet’s future,” condemning “this reckless rejection of international climate cooperation” that was “turning our country into a rogue nation.”

Despite the criticism, Trump stood tall as a leader and put the American people before the global elite.