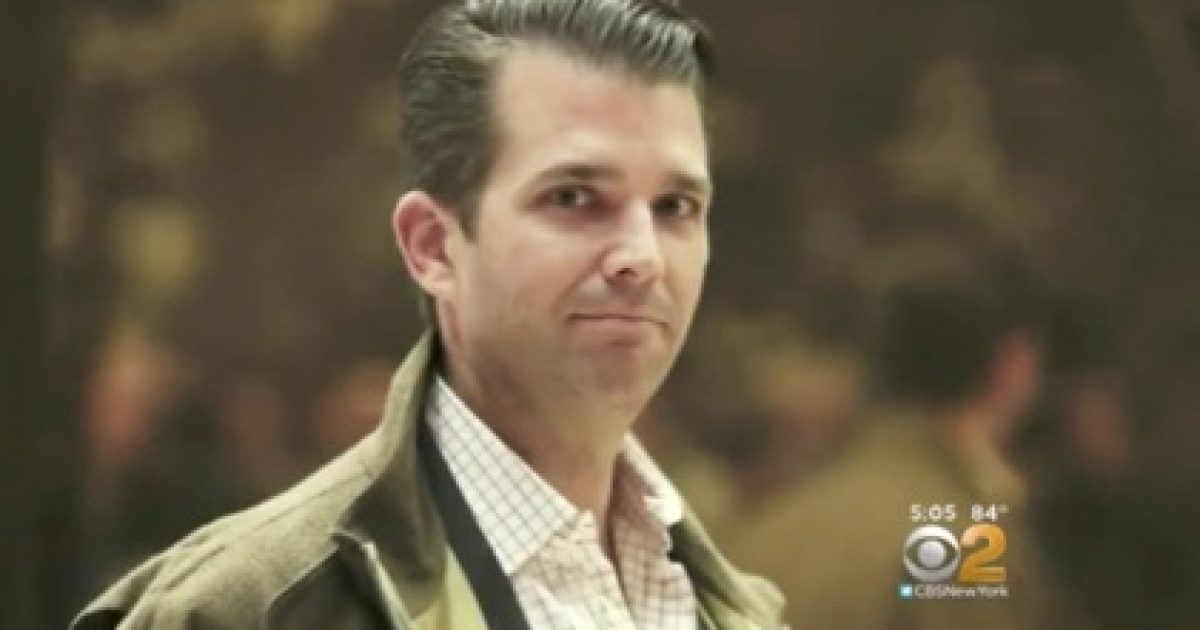 The media now has all eyes on Donald Trump Jr. following a New York Times story of his meeting with an alleged Kremlin-connected Russian lawyer.

The emails show the meeting was set up by publicist Rob Goldstone who claimed Russia wanted to provide Trump Jr. with potentially harmful information about Hillary Clinton.

Before arranging a meeting with a Kremlin-connected Russian lawyer he believed would offer him compromising information about Hillary Clinton, Donald Trump Jr. was informed in an email that the material was part of a Russian government effort to aid his father’s candidacy, according to three people with knowledge of the email.

There is no evidence to suggest that the promised damaging information was related to Russian government computer hacking that led to the release of thousands of Democratic National Committee emails. The meeting took place less than a week before it was widely reported that Russian hackers had infiltrated the committee’s servers.

Following the media fallout over the Times story, Trump Jr. released a string of emails “in order to be totally transparent,” which includes his conversations about the meeting.

Under fire for his meeting with a Kremlin-linked lawyer during the presidential campaign, Donald Trump Jr. released his emails on Tuesday with entertainment publicist Rob Goldstone in an effort “to be totally transparent.”

Although there’s no proof of collusion between Trump Jr. and Russia, no doubt, the left and liberal media will keep the Russian narrative in the headlines.