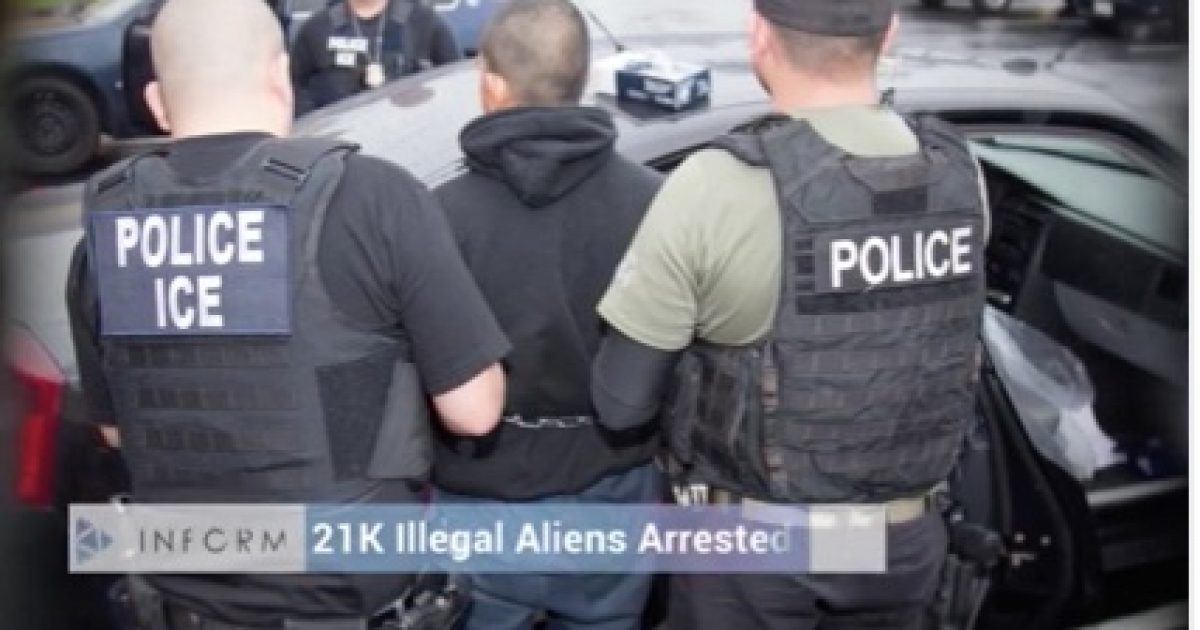 President Trump is making progress with his promise to crack down on illegal aliens.

Discussion of deporting illegals in the U.S. has reduced the number of people willing to cross the border illegally and the administration is aggressively deporting criminal illegal aliens.

In fact, according to data from Immigration and Customs Enforcement (ICE), over 21,000 illegal aliens were arrested from the beginning of the Trump Administration through March 13 (see video).

Now the Trump administration is considering expediting deportations for individuals caught illegally in the U.S.

The Trump administration is weighing a new policy to dramatically expand the Department of Homeland Security’s powers to expedite the deportations of some illegal immigrants.

Since 2004, the agency has been authorized to bypass immigration courts only for immigrants who had been living in the country illegally for less than two weeks and were apprehended within 100 miles of the border.

Under the proposal, the agency would be empowered to seek the expedited removal of illegal immigrants apprehended anywhere in the United States who cannot prove they have lived in the country continuously for more than 90 days, according to a 13-page internal agency memo obtained by The Washington Post.

If approved, the new policy will add another disincentive for those who want to enter the U.S. illegally.