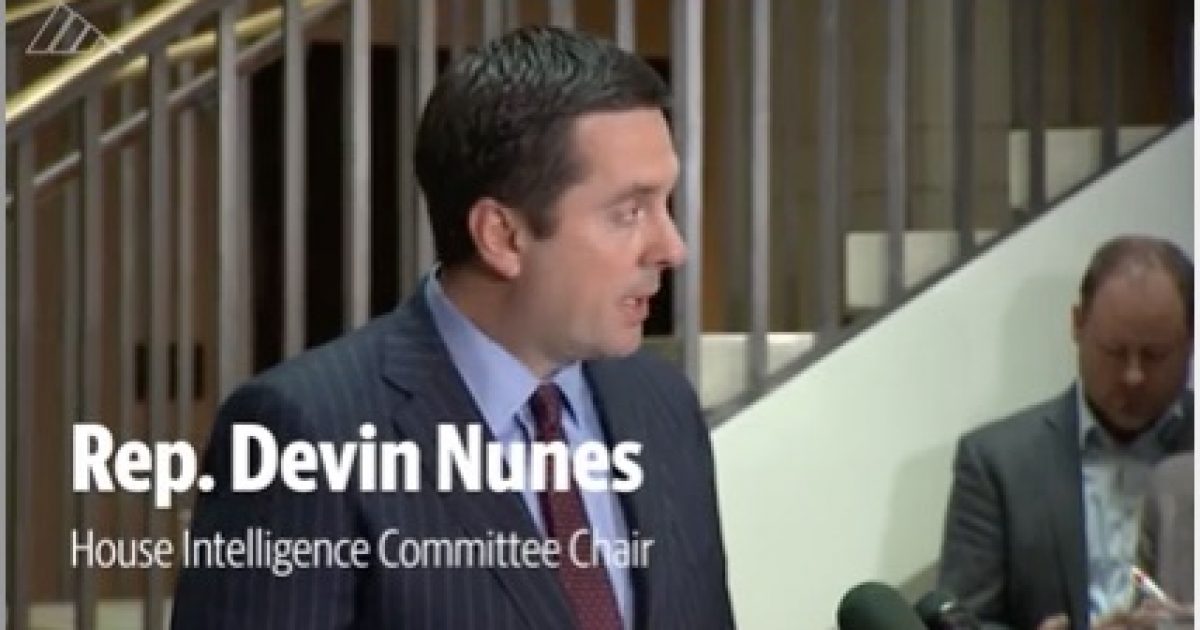 Representative Devin Nunes (R-CA) is asserting that a single individual in the Obama administration asked for hundreds of names to be unmasked from intelligence reports including the individuals that were part of President Trump’s transition team.

Nunes also says the official making the requests was not primarily involved in an intelligence role and the identities of the unmasked individuals were leaked to the media.

A senior Obama administration official made “hundreds” of requests last year to unmask the identities of Americans in intelligence reports, including some members of the Trump campaign, says California Rep. Devin Nunes, the chairman of the House Intelligence Committee.

In a letter to Dan Coats, the director of the office of national intelligence, Nunes asserted that senior Obama administration officials, “offered remarkably few individualized justifications” for the unmasking requests.

He also said that some of the unmasking requests “were followed by anonymous leaks of those names to the media.”

The story mentions another news report that suggested former United Nations Ambassador Samantha Power was the Obama official that Nunes was referring to.

Further investigation is needed to determine if Power was a key player in the politicization of U.S. intelligence information.