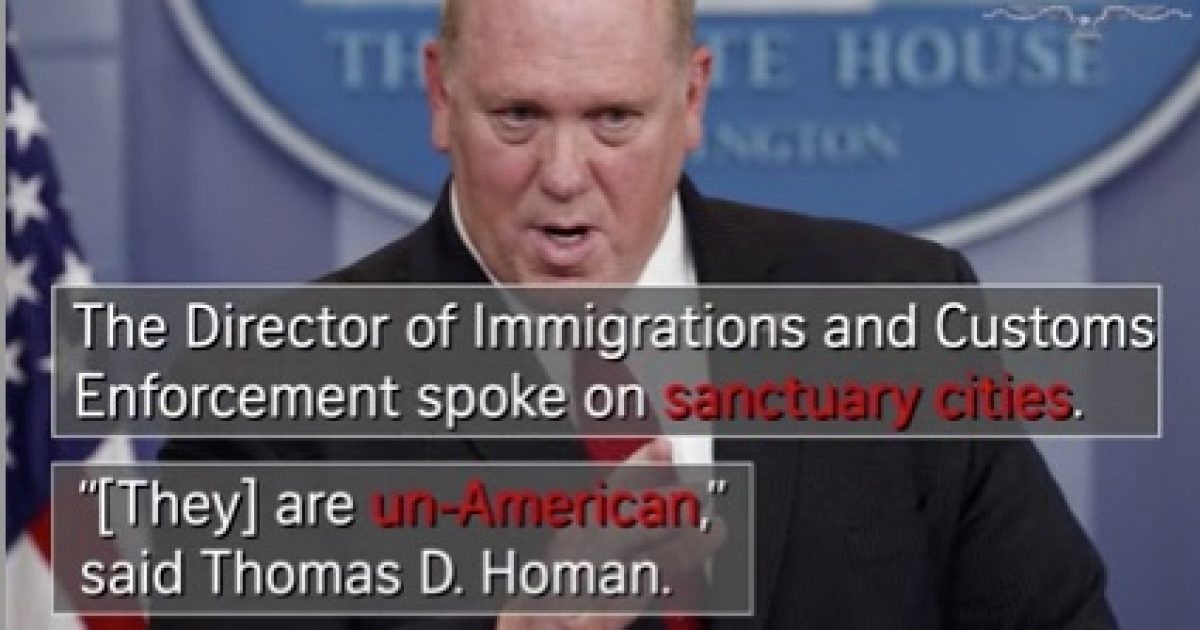 The Trump administration continues its attack on sanctuary cities.

Thomas D. Homan, the current head of Immigration and Customs Enforcement (ICE) listed the worst sanctuary cities in the U.S. in an interview with The Washington Examiner.

In a broadside on sanctuary cities that harbor criminal illegal immigrants, the acting head of Immigration and Customs Enforcement called them “un-American” and cited the worst: Chicago, New York City, San Francisco, and Philadelphia.

“Sanctuary cities, in my opinion, are un-American,” said Thomas D. Homan in an interview with Secrets.

Homan added that crime rates are higher in these cities because these local governments are protecting criminal illegal aliens.

Sanctuary cities make their residents less safe, and it’s important to call out mayors that are putting politics before the safety of their constituents.