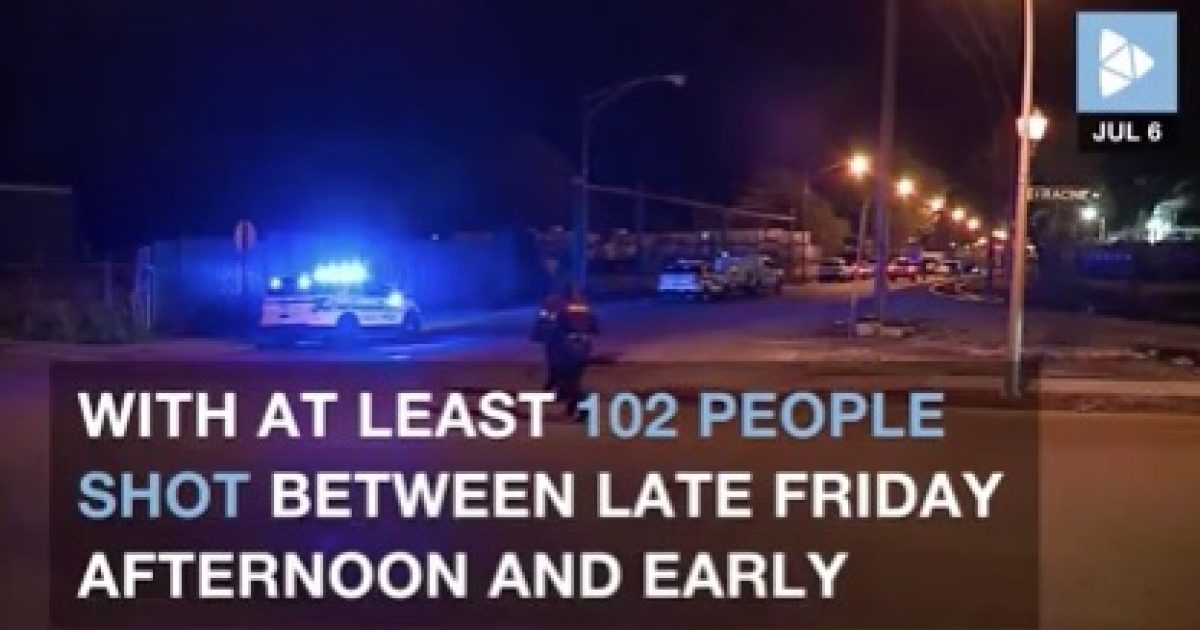 The City of Chicago is raging with violence.

Over the course of the Independence Day holiday weekend, over 100 individuals were shot between Friday afternoon and Wednesday morning. The holiday weekend was noted as one of its most violent in recent years in Chicago.

Fourteen people were killed and 87 others were wounded in shootings across Chicago in a bloody Fourth of July weekend between Friday afternoon and Wednesday morning.

Last year’s Independence Day weekend, which was one day shorter than this year’s, ended with 66 people shot, four of them fatally — a total that actually stoked cautious optimism with the lowest death toll for the July 4 weekend in nearly a decade.

Six of the people who died this year were among 36 people shot across the city in an 8-hour span of violence between 8 p.m. Tuesday and 4 a.m. Wednesday.

The victims ranged in age from 13 years old to 60 years old.

Although it’s reported much of the violent activities were gang related, the Chicago Police Department is conducting “a very comprehensive review” and also noted some of the violence resulted from petty disputes and individuals drinking most of the day.

A lot of the shootings appeared to be over “petty disputes that escalated into somebody pulling out a gun.”

…a “handful” of shootings were “retaliatory… People drinking all day and then things escalating… It’s just enormously frustrating.”