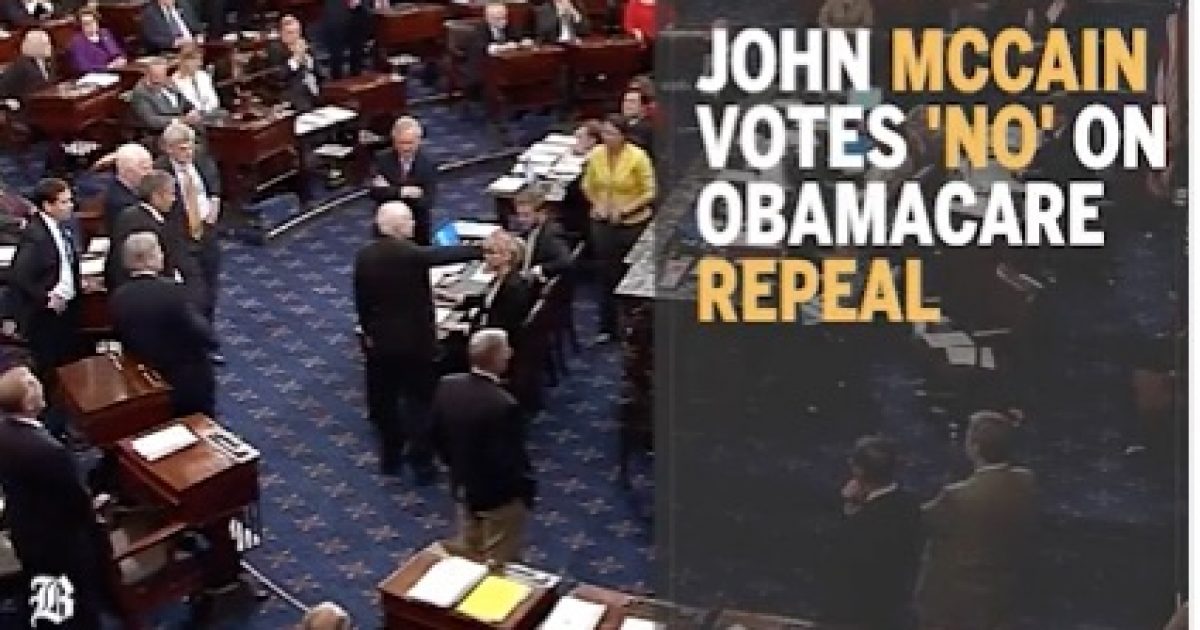 We all wish Senator John McCain (R-AZ) the best of luck with his battle against cancer and honor his military service.

However, McCain’s record as a senator is horrible. His comment before voting to block the so-called “skinny bill” health care bill illustrates McCain loves the spotlight and role as a spoiler.

“Have you decided how you’ll vote?” they asked.

ObamaCare is causing pain and suffering with an untold number of Americans and McCain uses his vote to bask in the media spotlight.