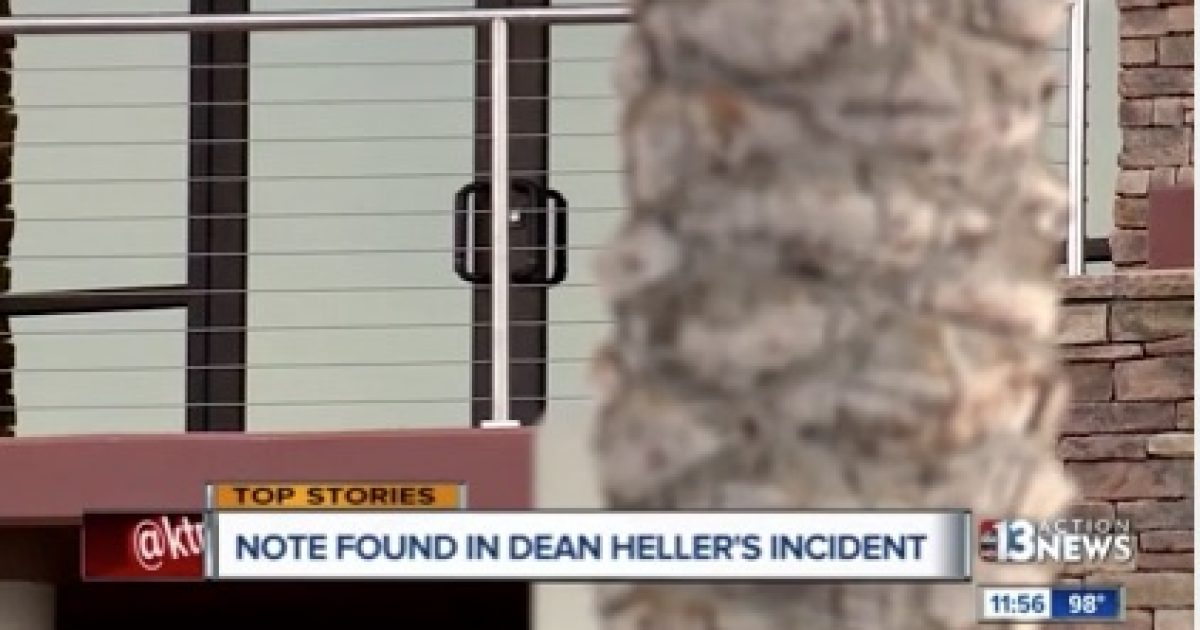 The threatening note was posted on Heller’s office in Nevada.

A note taped to Sen. Dean Heller’s Senate office was from someone asserting that he would lose his health care if the key senator voted for the repeal bill and that he would die if that happened and would take Heller with him, a law enforcement source said.

Metro Police has declined to disclose the contents of the note, which was taped to Heller’s office door at the Sunset Road office. But I have learned it apparently came from someone who wants Heller to vote against the current health care measure.

Despite some reports, Heller’s office was not burglarized, but the suspect appears to have gained access illegally to the complex.

As bad as the Republican health care bill looks, no one is going to lose coverage unless they choose not to pay for a plan.

The fake dire consequences of the Republican plans are being promoted by the left including Senators such as Bernie Sanders (I-VT).

Sanders is blasting Republicans by claiming “thousands of people will die” if the GOP plan becomes law.

The left-wing propaganda is pushing unstable people over the edge.