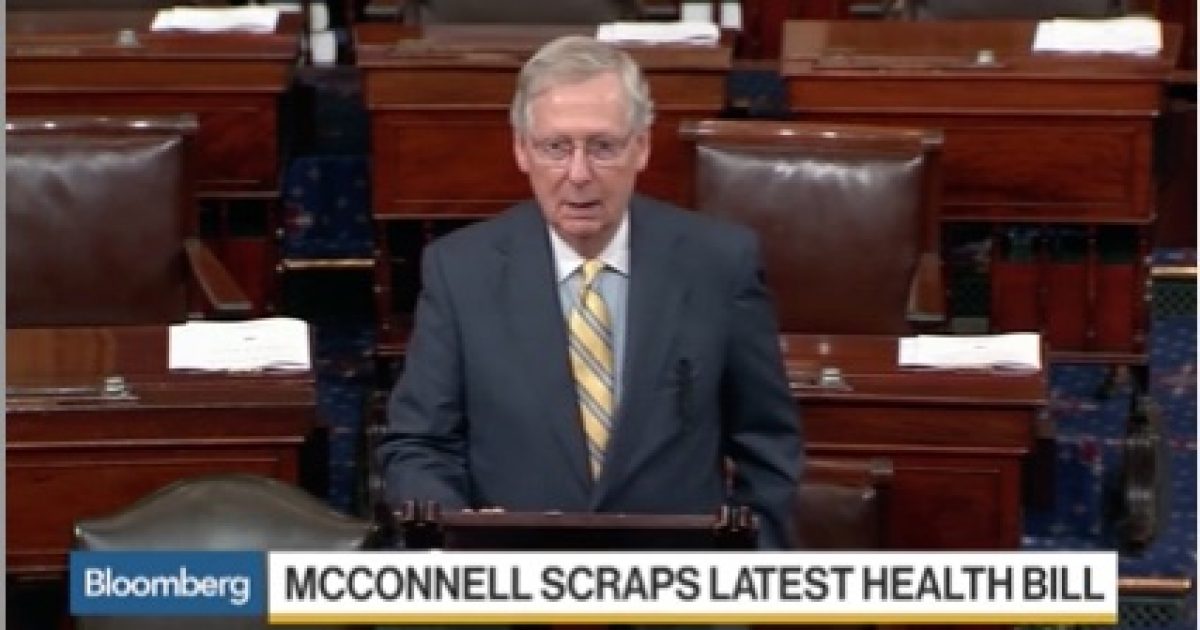 After toying and tinkering with ObamaCare, Senate Republicans are now focused on a full repeal bill.

The decision to shift to full repeal followed two additional Senators saying they were not going to vote for the health care bill that was recently offered in the Senate.

“In the coming days, the Senate will vote to take up the House bill with the first amendment in order being what a majority of the Senate has already supported in 2015 and that was vetoed by then-President Obama: a repeal of Obamacare with a two-year delay to provide for a stable transition period,” McConnell said in a statement.

McConnell’s ObamaCare replacement bill was a disaster that would initially increase premiums and kept a tax on individuals making over $200,000 and families making over $250,0000 a year.

It’s time for Republicans to pull together and deliver on their promise to repeal the failed ObamaCare experiment.