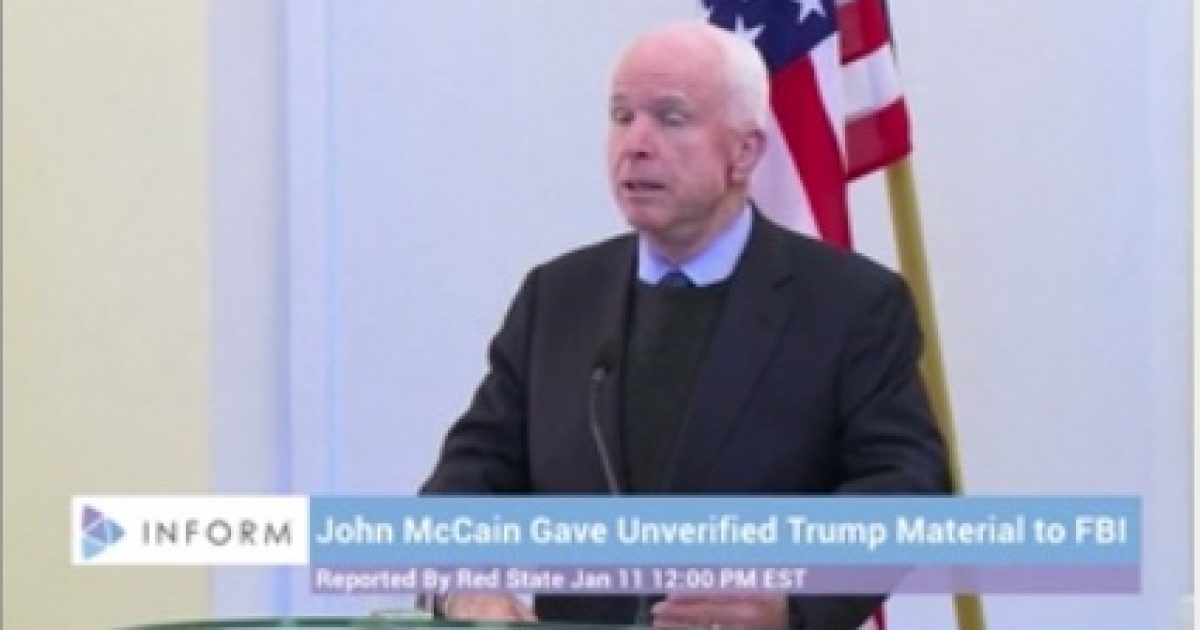 With all things Russia it’s a good time to recall the role Senator John McCain (R-AZ) played in promoting the fake dossier on President Trump.

In addition to being a U.S. Senator, Arizona Republican John McCain also likes to play spy.

The Guardian wrote a story highlighting McCain’s role in getting a copy of the now discredited dossier and giving it to former FBI Director James Comey.

Senator John McCain, a hawkish Republican, was there and was introduced to a former senior western diplomat who had seen the documents, knew their source and thought him highly reliable. McCain decided the implications were sufficiently alarming to dispatch a trusted emissary, a former US official, to meet the source and find out more.

The emissary hastily arranged a transatlantic flight and met the source at the airport as arranged. (The Guardian has agreed not to specify the city or country where the meeting took place.) The meeting had a certain cold war tradecraft to it, as he was told to look for a man with a copy of the Financial Times. Having found each other, the retired counter-intelligence officer drove the emissary to his house, where they discussed the documents and their background.

The emissary flew back within 24 hours and showed McCain the documents, saying it was hard to impossible to verify them without a proper investigation. McCain said he was reluctant to get involved, lest it be perceived as payback for insulting remarks Trump had made about him during his rambunctious campaign.

However, on 9 December, McCain arranged a one-on-one meeting with Comey, with no aides present, and handed them over.

The Daily Mail reported on McCain’s primary contact with the dossier and the senator is defending his actions.

The accusations in the dossier are fake.

McCain got duped in his failed attempt to play spy and again demonstrates the need for term limits.