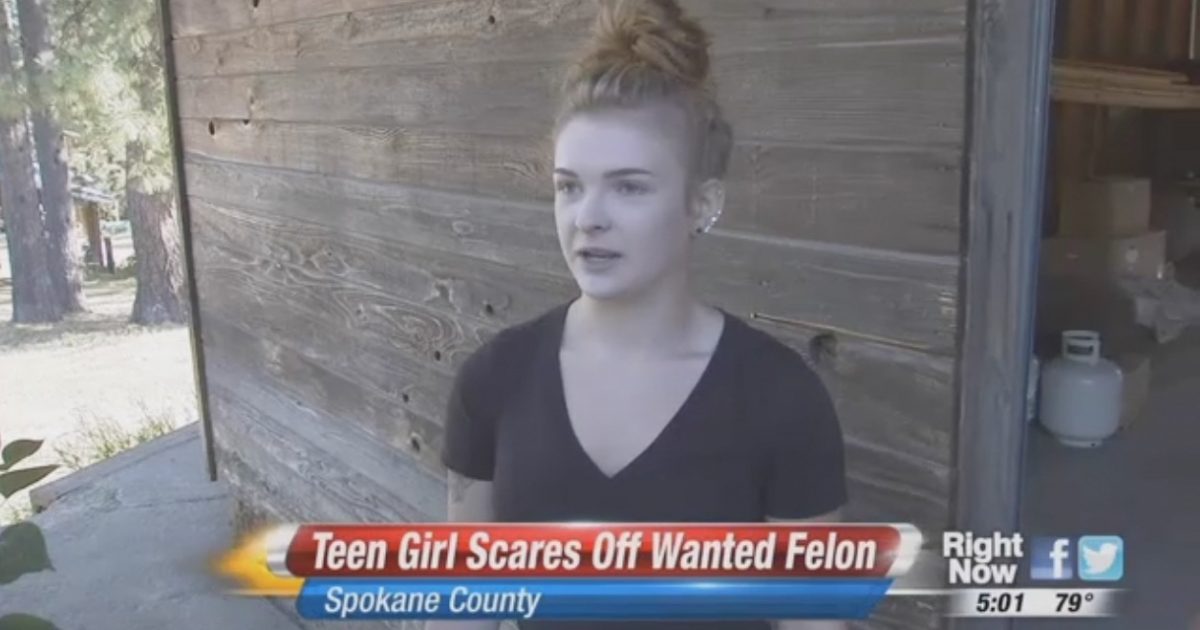 There are times when an individual needs a gun for self-defense because the police can’t be everywhere.

Such an occurrence happened early this morning in Spokane, Washington (see video).

A quick thinking 17-year-old girl used her father’s gun to protect herself from a home invader.

A 17-year-old north Spokane County girl protected herself and her home with her dad’s gun when a suspected car thief on the run from Spokane County deputies came into her house Monday morning.

She called her dad, who taught her everything she knows about guns, and he stayed with her on the phone as the footsteps got closer to her room.

“I was laying right there on the bed and he came in, and that’s when I crawled out, got the gun from my pillow…”

That’s when the unthinkable happened.

“He popped in and I said, ‘Who the [expletive] are you?'” Wood said. “His head was right there and I had the gun straight in his face and he ran.”

As this story illustrates, guns are the first line of defense to protect person and property.