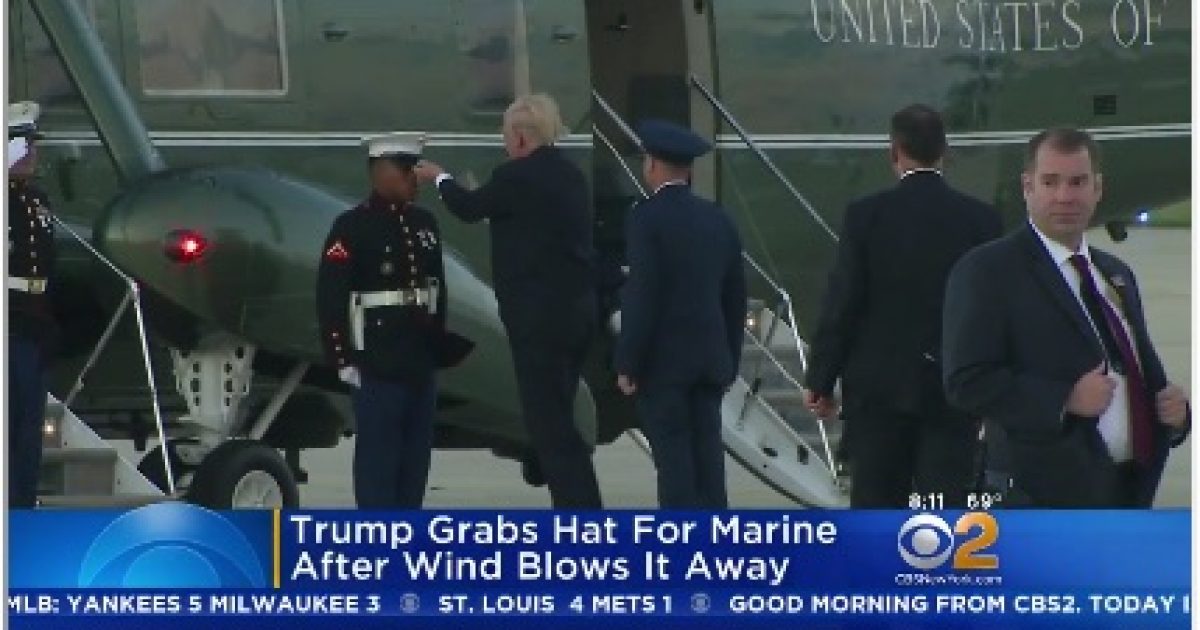 President Trump is loved by his followers because he is a man of the people and the video of the president picking up a Marine’s hat that blew off in a wind gust reinforces that perception.

While heading toward the Marine One helicopter, Trump noticed that one Marine had lost his dress hat to the wind.

Trump picked up the hat just in front of the steps to the helicopter and placed it back on the Marine’s head while giving him a couple of affectionate pats on his arm.

The wind blew the hat off of the Marine’s head again, and Trump once again veered off course to pick it up, this time handing the hat to his Air Force escort.

The video is classic Trump and shows why he connects with everyday Americans.