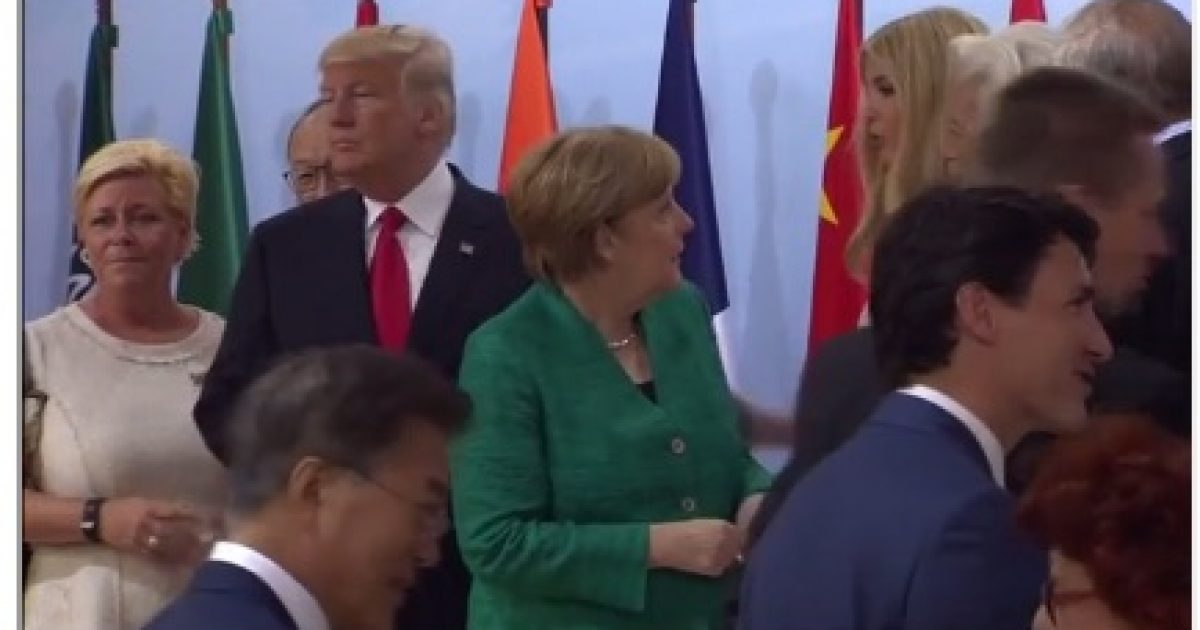 President Trump is backing his America first promise with words, actions and symbolism.

While other world leaders wore a G20 pin, Trump had a USA flag pin on the lapel of his suit jacket (see story for pictures).

Trump’s apparent challenge to the G20 status quo is a small one, but to his followers a deeply symbolic one.

His whole election campaign was based around rejecting the ties to other countries that had been developed by successive Republican and Democrat administrations.
They included promising to throw out international trade deals that he said were bad for America – such as the Trans-Pacific Partnership – and levying heavy taxes on goods manufactured in Mexico.

He has also gone his own way with climate change, withdrawing from the Paris climate agreement to the disquiet of many other international leaders.

To that end, it would make sense for him to wear the American flag on his chest, and not the G20 logo.

To no surprise, Trump’s decision got support from his supporters.