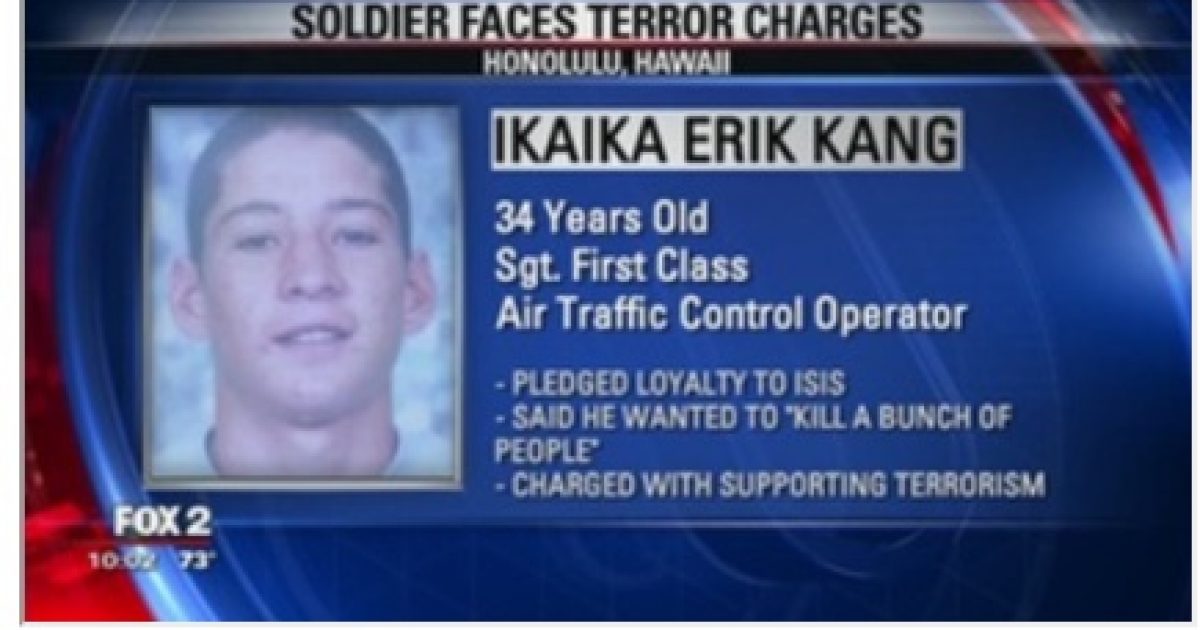 ISIS influence is an ever present danger.

The FBI arrested a soldier based in Hawaii because he tried to help support ISIS with military information and expressed a desire to kill a number of people.

An active duty Hawaii soldier who was arrested for allegedly trying to provide material support and training to the Islamic State told an undercover federal agent Saturday that he wanted to kill “a bunch of people.”

A criminal complaint alleges that Ikaika Erik Kang, 34, was arrested at his Waipahu apartment Saturday, shortly after pledging his loyalty to ISIS and making the threatening statement.

It’s deeply concerning that an active duty soldier was apparently set to help ISIS and willing to kill.

The arrest is a reminder of the threat ISIS poses to our security.