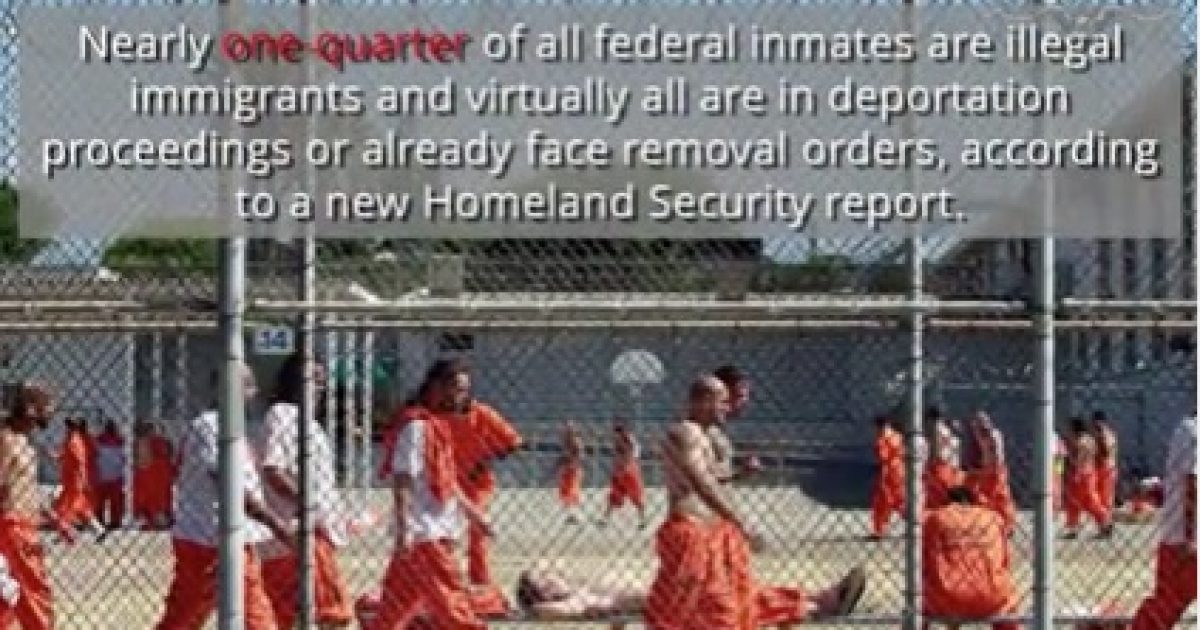 A new report from the Department of Homeland Security (DHS) found almost 25 percent of federal prisoners are illegal aliens and the vast majority of them are set for deportation.

Nearly one-quarter of all federal inmates are illegal immigrants and virtually all are in deportation proceedings or already face removal orders, according to a new Homeland Security report.

The Justice Department’s Bureau of Prisons, fulfilling a presidential executive order requiring transparency on prisoner immigration status, said that it houses 187,855 inmates of which 42,034 are foreign born.

The DHS report shows the danger to public safety and the costs of not aggressively enforcing U.S. immigration laws.

Despite these risks, a number of big city mayors including Chicago’s Rahm Emanuel is fighting President Trump’s effort to crack down on sanctuary cities.