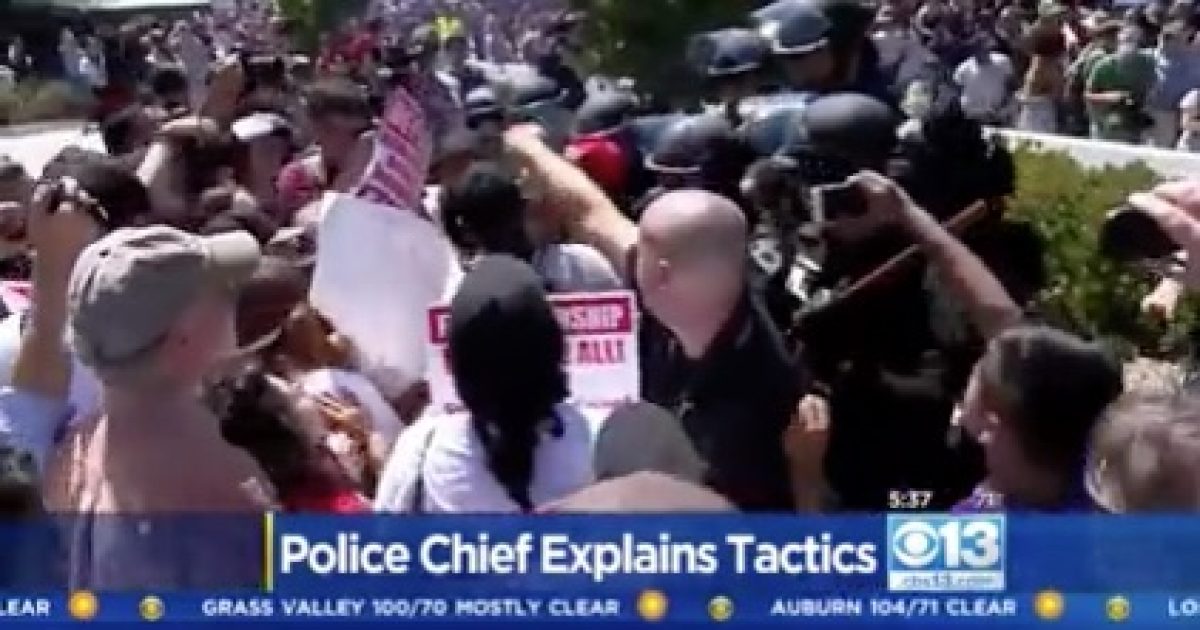 President Trump was blasted for saying two groups were responsible for the violence in Charlottesville, Virginia.

Yet the violence last weekend in Berkeley exposed the extreme nature of Antifa potentially undermining the goals of other left-wing activists.

Trump received blistering criticism for equating the behavior of Klansmen and neo-Nazis to the actions of those who opposed them. Some fear that Sunday’s violence would only help advance the idea that the two sides are the same.

“This is food for the adversary,” said sociologist Todd Gitlin, a founder of Students for a Democratic Society, which organized the first national protests against the Vietnam War. He pointed out that violent acts committed by a few will almost always hijack the narrative of the entire protest, and that it is happening now should be no surprise.

The problem for the left is that Antifa is far from a few activists and will continue to seek their ends through violence.