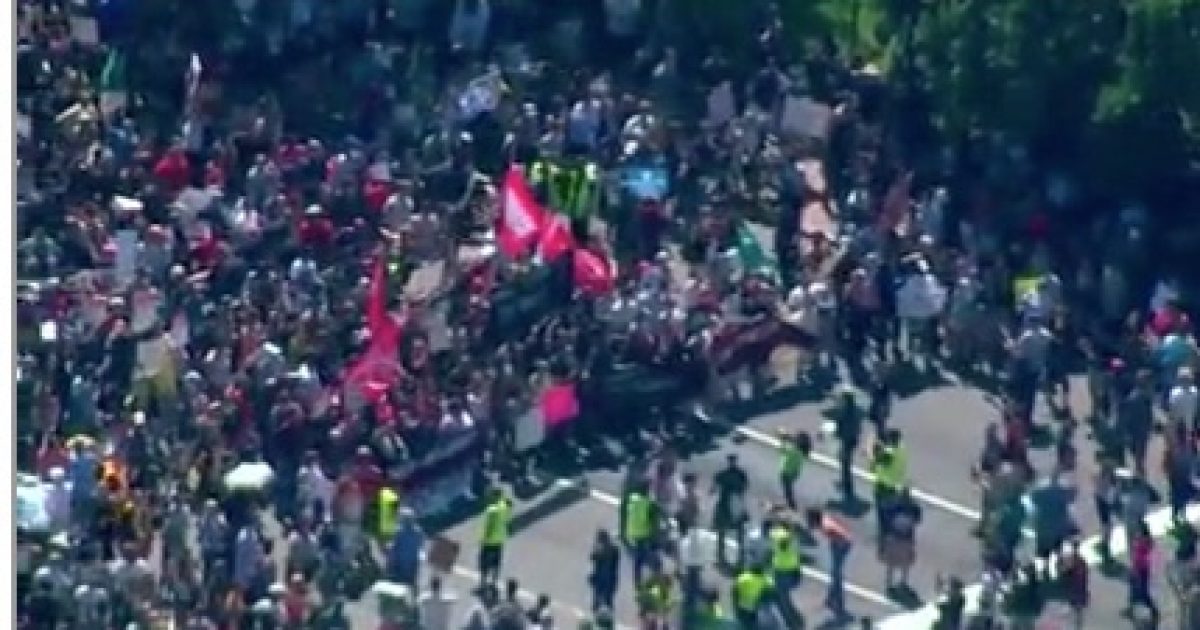 The Daily Caller is reporting that Antifa activists threw urine filled bottles at Boston police officers during their protest of the free speech rally.

In just the latest instance of weaponized urine, counter-protesters demonstrating against a free speech rally in Boston on Saturday flung urine-filled bottles at police officers trying to maintain order amidst an already tense political climate.

The Boston Police Department sent out a message on Twitter urging demonstrators not to assault officers with urine, but it’s unclear if it had any effect. Boston Police Commissioner William Evans stated at a press conference later that day that protesters successfully hit officers with their urine-filled projectiles.