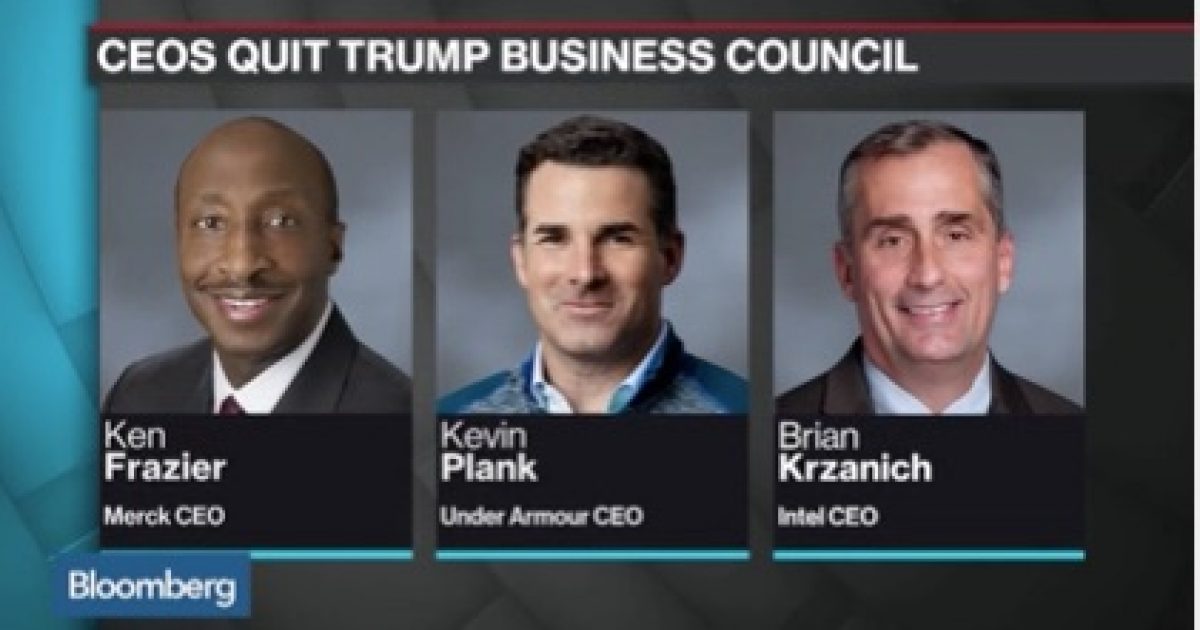 The CEOs of Under Armour, Merck and Intel bolted from President Trump’s jobs manufacturing council following criticism of the president’s initial response to the violence at a rally in Charlottesville over the weekend.

“We remain resolute in our potential and ability to improve American manufacturing,” Plank said in a statement. “However, Under Armour engages in innovation and sports, not politics.”

The CEOs are not leaders but are bowing to the winds of the left-wing mob.