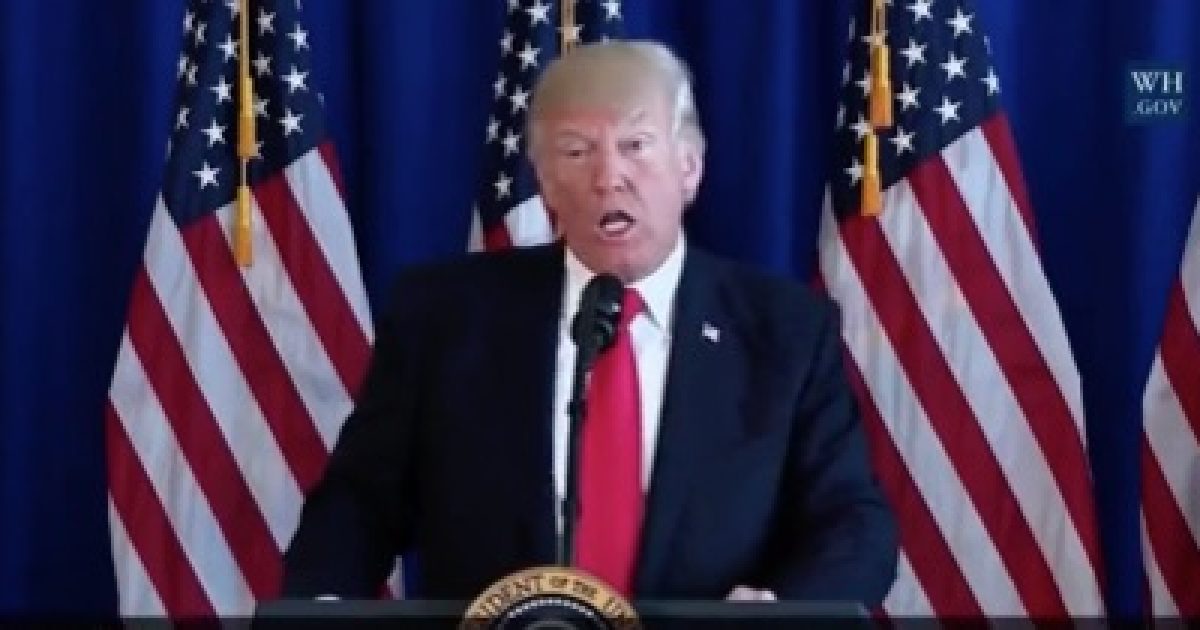 President Trump is taking heat over his comments condemning violence at protests in Charlottesville, Virginia.

White nationalists and counter-protest groups clashed on Saturday over the decision by the city to remove a Confederate statue.

President Trump held a press conference on Saturday condemning the violence after a man plowed a car into the crowd resulting in numerous injuries and the death of a woman.

“We condemn in the strongest possible terms this egregious display of hatred, bigotry and violence on many sides, on many sides,”

“We ALL must be united & condemn all that hate stands for. There is no place for this kind of violence in America. Lets come together as one!”

After days of genially bombastic interactions with the news media on North Korea and the shortcomings of congressional Republicans, Mr. Trump on Saturday condemned the bloody protests in Charlottesville, Va., in what critics in both parties saw as muted, equivocal terms.

“Mr. President — we must call evil by its name,” tweeted Senator Cory Gardner, Republican from Colorado, who oversees the National Republican Senatorial Committee, the campaign arm of the Senate Republicans.

“These were white supremacists and this was domestic terrorism,” he added, a description several of his colleagues used.