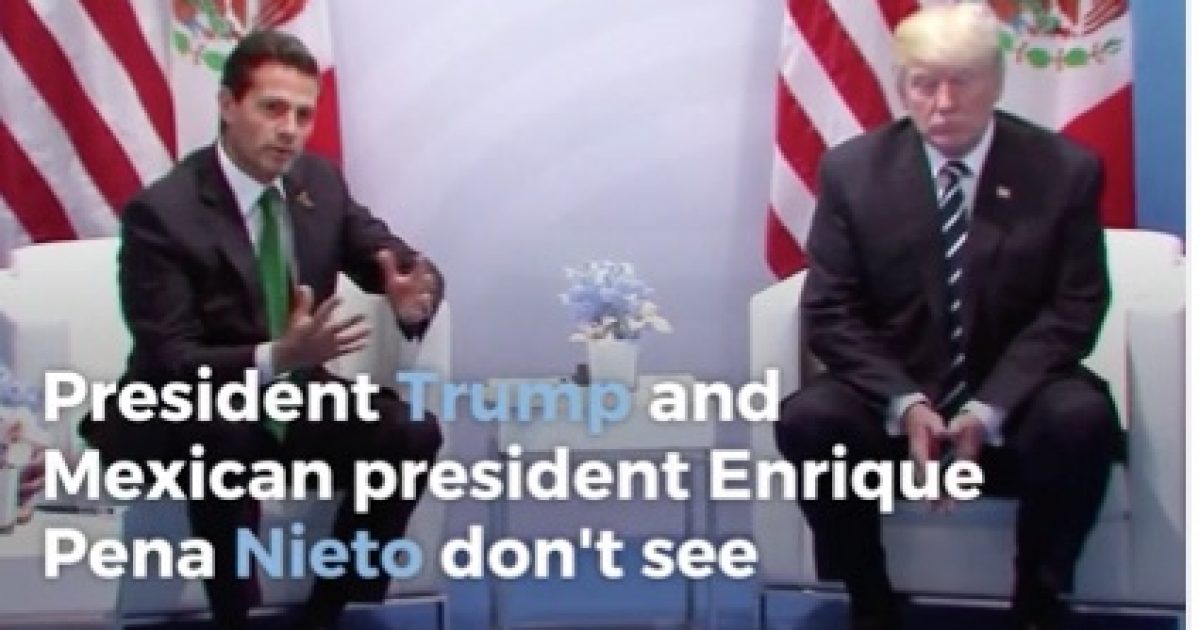 The deep state is at it again. This time a transcript between President Trump and Mexican President Enrique Pena Nieto was leaked to The Washington Post.

In addition, a conversation between Trump and Australian Prime Minister Malcolm Turnbull was leaked as well.

These leaks are outrageous and dangerous to national security but they do show Trump aggressively defending the issues he ran on during his campaign.

The January 27 phone call with Peña Nieto came seven days after Trump entered office. In it, he focused mainly on issues of trade and immigration, with contentious moments coming in his insistence that Mexico will eventually pay for a wall along with US southern border. Peña Nieto has insisted publicly his country will not pay for the wall’s construction, but Trump demanded he cease making that claim.

The New York Post story included quotes from the conversation.

Trump threatened to cut off communication with the Mexican leader if he continued to say he wouldn’t pay for the wall.

“I​f you are going to say that Mexico is not going to pay for the wall, then I do not want to meet with you guys anymore because I cannot live with that​,” Trump said, according to the report.

It’s unclear about the final resolution between Mexico and Trump about the wall regarding who will pay for it but the conversation showed Trump aggressively defending his position.