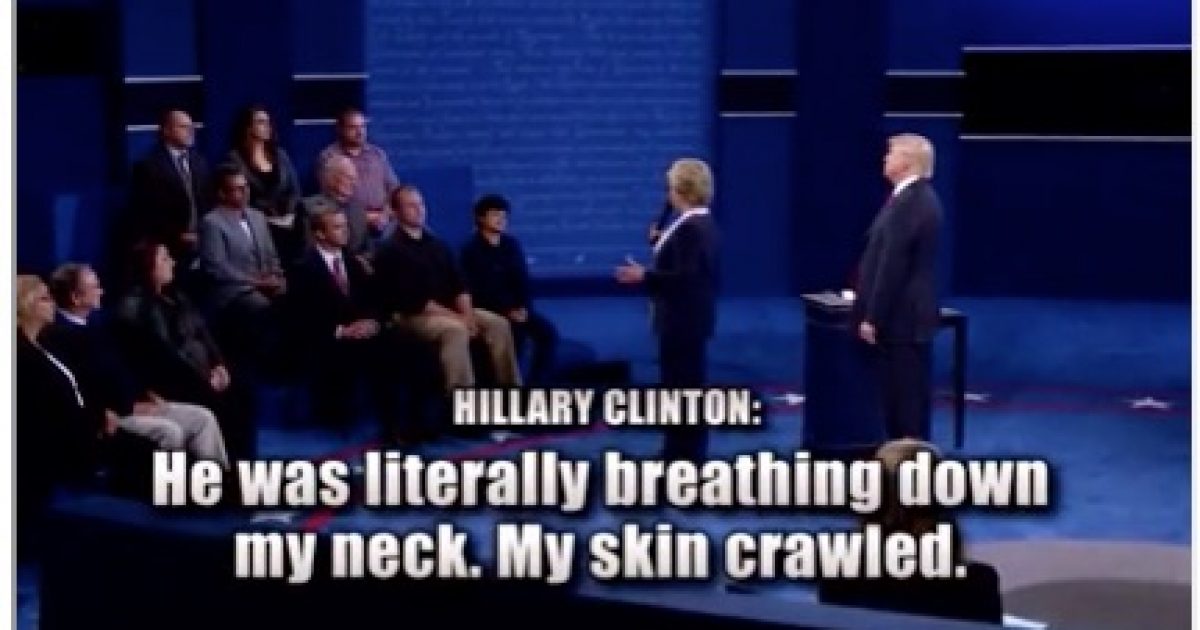 Hillary Clinton is getting media attention for her new book, “What Happened,” by recalling a presidential debate where President Trump’s behavior made her “skin crawl.”

In an audio segment of her book that describes her campaign, Clinton said she was weirded out by Trump walking behind her on the debate stage.

In the first excerpts from Hillary Clinton’s highly anticipated upcoming memoir, the former Democratic presidential candidate said her “skin crawled” during a debate with Donald Trump.

In audio clips of Clinton reading from the book, “What Happened,” which were first obtained by MSNBC’s “Morning Joe” on Wednesday, Clinton recounted her thoughts as she toyed with the idea of telling her Republican rival to “back up, you creep” as he stood behind her during the second presidential debate.

“My skin crawled,” Clinton said. “It was one of those moments where you wish you could hit pause and ask everyone watching ‘well, what would you do?'”

Clinton’s book is scheduled for release on September 12.