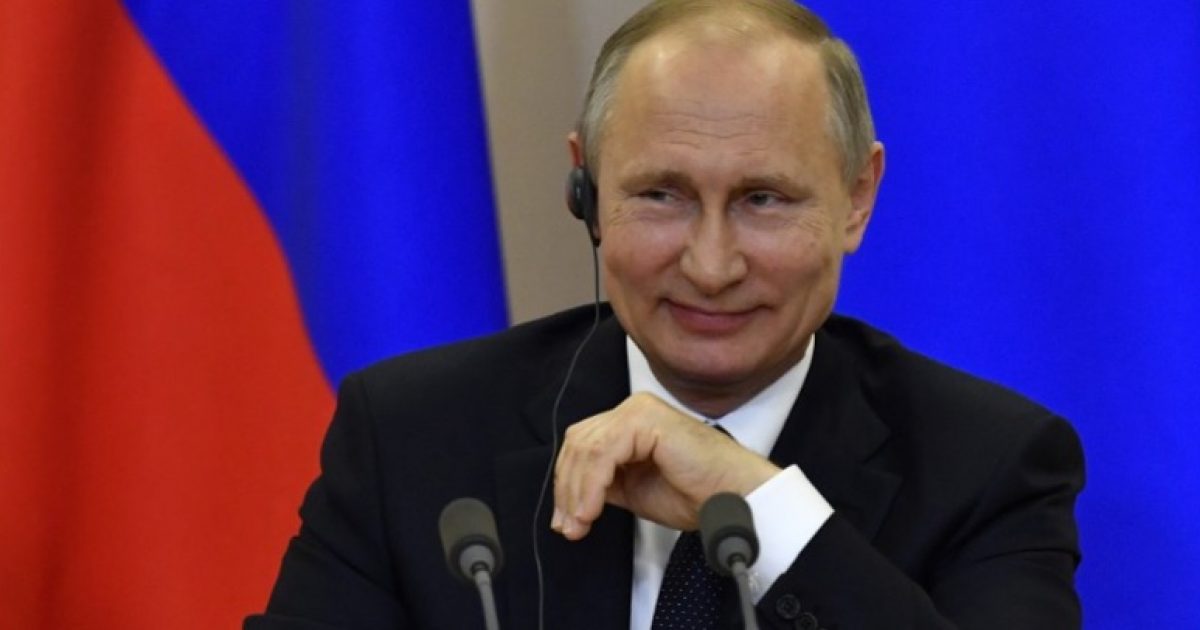 The left-wing media, obsessed with the collusion narrative between campaign associates of President Trump and Russia, are ignoring evidence linking Russia to the renewable energy and anti-fossil-fuel policies of progressive Democrats and environmental activist groups.

The Russian economy depends on oil and natural gas exports and benefits from high energy prices. Therefore, the last thing Russia President Vladimir Putin wants is for the U.S. to increase oil and natural gas production to compete with its energy exports.

Trump’s energy policy — not Clinton’s — undermines the Russian economy and its political influence.

Clinton, like former President Obama (both fans of climate change regulation), promoted renewable energy and limiting fossil fuel development through the boot of government — diminishing the ability of the U.S. to reach its full energy production potential.

The recent bankruptcy of biofuels company Joule Unlimited, where Russian investment money followed the appointment of John Podesta as a board member, adds more doubt to the theory that Putin wanted Donald Trump as president.
Trump’s victory was a factor for the financial difficulty at Joule Unlimited, where a Russian investment firm tied to Putin invested $35 million in 2011.

The election of Trump sent a market signal to energy companies and investors that the U.S. was going to embark on a fossil fuel energy renaissance, making renewable energy a less favorable investment.
Russian efforts to discourage U.S. energy goes back years.

In a 2015 Washington Times commentary, economist Richard Rahn described the Russian economic interest and efforts to restrict U.S. energy development, including a report that showed the Kremlin funneling money to environmental activist groups through the Sea Change Foundation.

Consistent with Russia’s interest, environmental activist groups and the Center for American Progress actively opposed the construction of the Keystone XL pipeline, as did Clinton and Podesta.
The Keystone XL pipeline poses a risk to Russia because it transports Canada oil sands for processing in U.S. refineries and export.

The letter describes a money trail from Russia to a company based in Bermuda to the Sea Change Foundation.

The foundation, in turn, gives tens of millions of dollars to U.S.-based environmental activist groups that engage in anti-fracking campaigns. These organizations also promote green energy as a substitute for fossil fuels.

Trump pulled the U.S. from the Paris climate change agreement, which would have required additional regulations on fossil fuel resources, and he signed an executive order that aims to reverse Obama’s permanent ban of energy development in waters off the Atlantic and Alaska coasts.

In addition, Trump wants to allow exploration in the Arctic National Wildlife Refuge.

On the other hand, Hillary Clinton supported the Paris climate accord and called Trump “incredibly foolish” for exiting the agreement. Clinton also opposed drilling in the Arctic and wanted to continue Obama’s war on coal.

To believe Putin wanted Trump as president means to believe that he wanted the U.S. to undermine Russia’s economy as well as its energy dominance that drives its political influence in Europe.

If the media cared to look, they would find the real Russian collusion partners are Democrats and environmental activist groups.