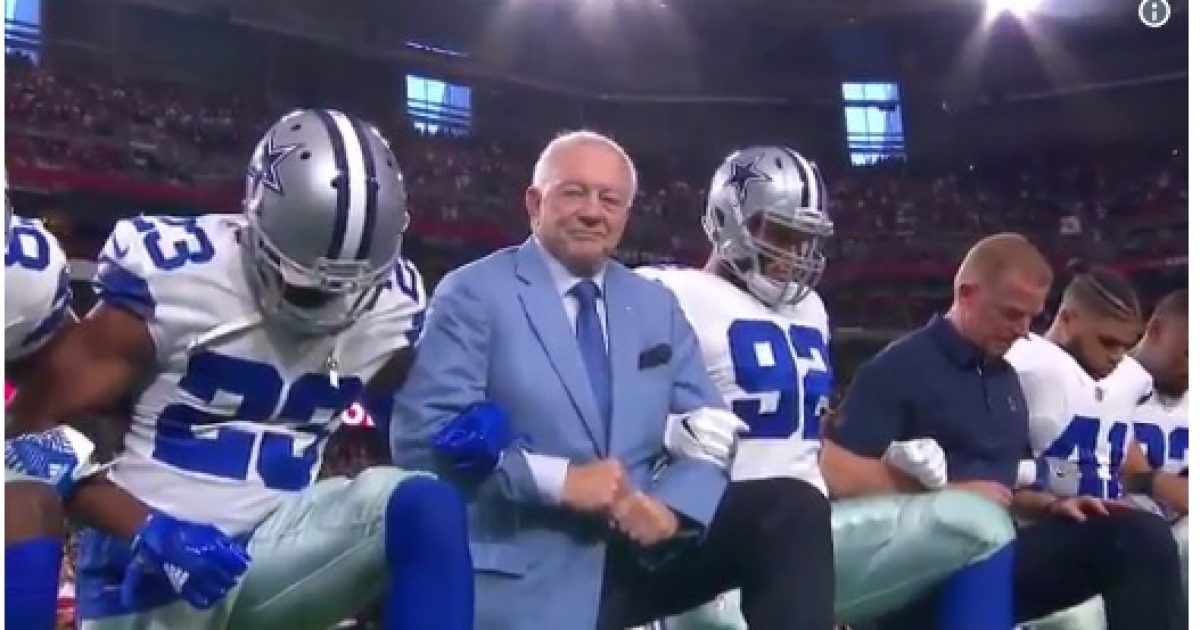 With President Donald Trump’s attacks against protesting NFL players still reverberating, the league’s TV partners decided to air live coverage of the national anthem before Week 3 games. Those partners left out a key element of the coverage: crowd shots of angry fans.

According to the story, camera crews were told not to capture angry fans:

One behind-the-scenes TV staffer at another stadium told Sporting News that camera operators were ordered to avoid crowd shots in case they showed fans counterprotesting the protests.

The collusion between the TV networks and the NFL makes sense from a business perspective. Showing angry fans is not in the best interest of the NFL and the networks that shelled out billions of dollars for the rights to broadcast games.

However, the TV networks can’t hide the data of falling viewership.

Concerns over falling viewership resulted in a financial analyst to bet against CBS stock.

“NFL-related revenue is not trivial to CBS, and any decline in NFL viewership related to the National Anthem debate may negatively affect future results,” Quigg said in his note to clients. “We view this weekend’s viewership results as a … proxy in determining whether the anthem debate may be a larger issue for the NFL, and CBS, or not.”

Through three weeks, viewership for national telecasts of NFL games is down 11 percent this season compared to 2016, the Nielsen company said on Tuesday.

Nielsen said the games averaged 17.63 million viewers for the first three weeks of last season, and have dipped to 15.65 million this year. The Nielsen figures don’t include many of the Sunday afternoon games that are shown to a regional audience, but not a national one.

TV networks can run from angry fans but they can’t hide from the fact that football player protests on the field are alienating fans and that’s bad for the NFL and broadcasters.