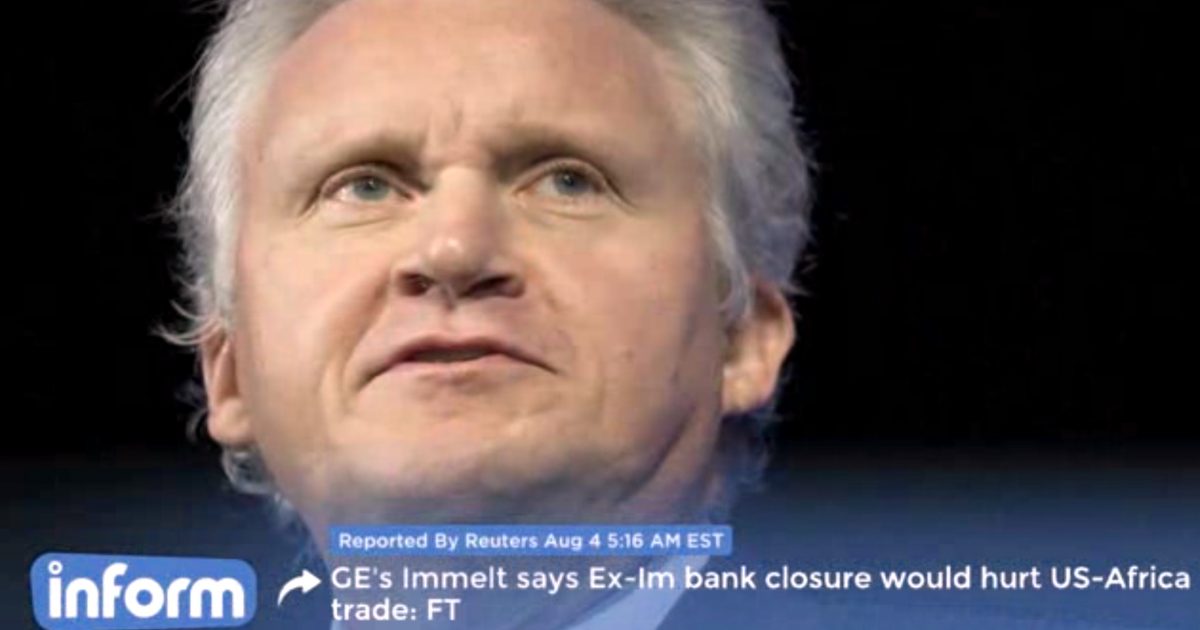 The reaction of big business to President Trump is exposing the selective moral outrage of CEOs.

CEOs from the largest corporations blasted President Trump over a number of issues ranging from climate change to Charlottesville to DACA. With cheerleading from the left-wing media, CEOs are trying to establish themselves as the moral counter-weight to Trump, but just like progressive Democrats, the business leaders are blind to the hypocrisy of their actions.

It’s laughable for CEOs living in glass houses to be throwing moral stones at Trump. It’s money, not morality, that drives business decisions.

General Electric chairman Jeff Immelt should be the last person to challenge Trump on moral grounds.

Immelt was a horrible chief executive, judging by his failure to deliver for shareholders in his 16-year run heading the company. He recently stepped down from his CEO post and is set to leave the company at the end of the year.

Immelt’s reaction to the violence in Charlottesville, VA, was classic. Initially, the company announced it was going to remain in a business advisory group assembled by Trump the Monday following the violence but reversed its decision two days later.

At that point, Immelt decided to distance himself from Trump — probably seeing the trend — and then touted that he left the president’s manufacturing council before Trump decided to disbanded the group.

In a statement, Immelt said, “The President’s statements yesterday were deeply troubling. There would be no GE without people of all races, religions, genders and sexual orientations. GE has no tolerance for hate, bigotry, racism and the white supremacist extremism that the country witnessed in Charlottesville last weekend.”

Immelt’s statement screams of hypocrisy because GE is willing to profit from business dealings with Iran. While Immelt claims he doesn’t support hate, he has no problem profiting from Iran — a country that sponsors terrorism, called the U.S. “the Great Satan,” and targets Israel.

Iran’s anti-Israel stance is not a secret. In 2017, Ayatollah Ali Khamenei, Iran’s supreme leader, urged Palestinians to rise up and fight Israel. Previously, Khamenei said that Israel would not exist in 25 years.

GE has a long history with Iran. In 2006, GE was selling infrastructure equipment to Iran, sidestepping U.S. sanctions at the time by conducting sales through a foreign-based subsidiary.

GE hasn’t learned. Despite the controversy and damage to its reputation from dealing with Iran in the past, GE now wants to cash in on new contracts with the country, since some trading restrictions have been ended. In addition, GE is set to profit from Boeing’s $16.6 billion plane deal with Iran by supplying jet engines to the airplane manufacturer.

Apple CEO Tim Cook is also a big critic of Trump. Cook blasted Trump over the president’s Paris Climate Change agreement decision, his comments on Charlottesville, and DACA. The left-wing media is hailing Cook’s political views and promoting the CEO’s vision for corporations such as Apple to step in where government fails.

Apple is a hugely successful and profitable company, but Cook falls far short as a model of morality. The company exploits cheap labor and weak environmental laws in China to make its products in order to maximize profits.

Free speech is not a top priority for the company. Apple recently sided with China to enforce internet censorship by removing software from its app store that allowed a way to circumvent the country’s internet firewall.

Finally, Cook backed up his criticisms of Trump’s Charlottesville remarks by announcing an Apple donation of $1 million each to the Southern Poverty Law Center and the Anti-Defamation League. Apple will also match employees’ donations two-for-one for funds sent to human rights groups until September 30.

The Southern Poverty Law Center is a controversial organization listing Christian faith-based non-profit organizations such as the Family Research Council and the American Family Association as “hate groups” and maintaining a “hate map.”

CEOs seeking attention by challenging Trump are ultimately doing nothing more than exposing their own hypocrisy and highly selective moral outrage.